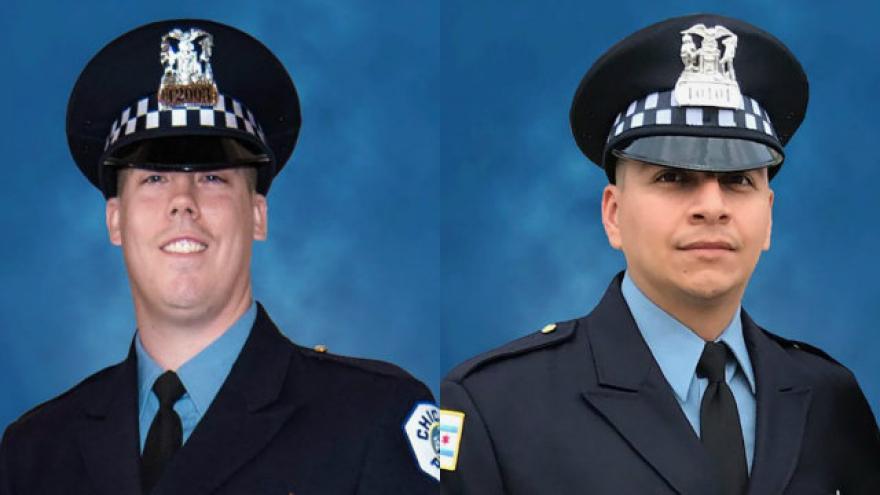 (CNN) -- A Chicago man has been charged with weapons offenses in connection with the deaths of two Chicago police officers who were struck by a train as they chased him.

Edward Brown, a 24-year-old South Side resident, faces a charge of reckless discharge of a firearm and aggravated unlawful use of a weapon, both felonies, Chicago police said in a news release on Wednesday.

The two officers responded Monday to a shots-fired call -- issued after a ShotSpotter sensor detected gunfire on the city's South Side -- and followed Brown, who ran onto the train tracks, Chicago police said. A passing metro train struck and killed the officers, authorities said.

Brown was taken into custody that day after he was seen firing a gun in the area, Chicago police said.

Body camera audio indicates that officers Conrad Gary and Eduardo Marmolejo were aware of a northbound train in the area during the chase, but they did not realize a southbound train was approaching, according to Chicago Police Superintendent Eddie Johnson.

The noise from the northbound train apparently masked the sound coming from the other train, said police spokesman Anthony Guglielmi. There's no indication the officers saw the southbound train before it struck them, he said. It was traveling at 60 to 70 mph.

Brown is scheduled to appear in court Thursday afternoon, according to the Cook County State's Attorney Office.