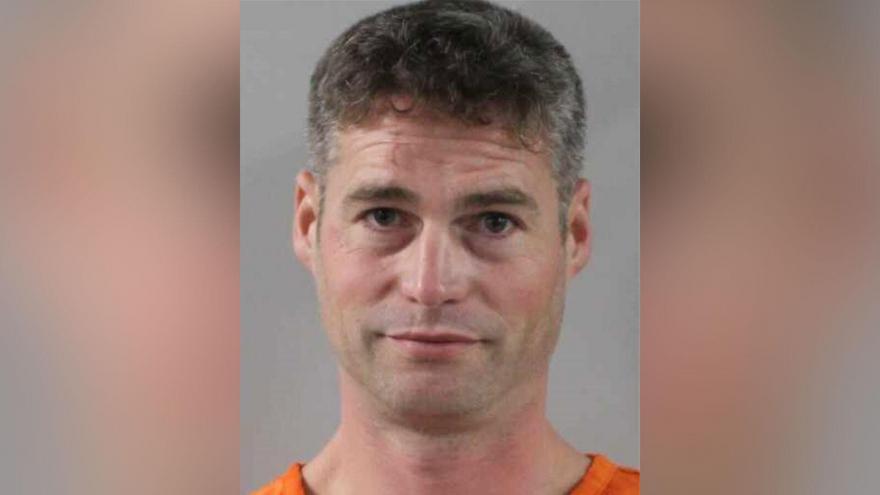 Shaun Paul Runyon, seen in his booking photo from the Polk County Sheriff's Office, is charged with three counts of first-degree murder.

(CNN) -- A man who authorities say killed three of his coworkers with a baseball bat and knife in Florida on Saturday has been charged with murder.

Shaun Paul Runyon killed his coworkers inside the rental house they shared in Davenport, in central Florida, according to an affidavit from the Polk County Sheriff's Office.

Runyon, 39, is charged with three counts of first-degree murder and one count of aggravated battery in connection with the incident. He is being held in Polk County Jail with no bond, according to jail records.

CNN has been unable to determine whether Runyon has obtained legal counsel.

The sheriff's office identified the victims as Kevin Lanusse, 41, of Pennsylvania; Dewlon Donell, 46, of Maryland; and Gregory Dolezal, 44, of Ohio.

Runyon, who was temporarily working in Florida as a contract electrician for Pennsylvania-based company J&B Electric, was involved in a physical altercation with a coworker at a job site Friday, the affidavit says.

"Friday morning at about 2 a.m., Shaun Runyon got mad as a result of a problem with a supervisor and he punched his supervisor and fled from the workplace," Polk County Sheriff Grady Judd told reporters at a news conference Saturday.

In an updated news release Monday, the sheriff's office said Runyon told detectives he drove to Georgia after the altercation, bought a crossbow and devised a plan to return to Florida and kill his three coworkers.

He drove to Tampa International Airport, about 70 miles west of Davenport, where he parked his work vehicle and rented a car, the sheriff's office said.

"He told detectives that he purchased a baseball bat in Tampa, which he decided to use instead of the crossbow," according to the updated news release.

On Saturday morning, he returned to the rental home, where Judd said seven people were staying, "armed with the baseball bat and a small knife which was a personal knife he owned," according to the affidavit.

Runyon told deputies he went into the bedroom of the coworker with whom he fought Friday and beat him "until he saw 'brain matter,'" the affidavit says.

The victim was still alive when authorities arrived. He was airlifted to a local hospital but later died, the affidavit says.

After attacking the first victim, the affidavit says, Runyon entered another bedroom and beat a second coworker to death. He then went into a third bedroom and stabbed another person to death after missing him with his baseball bat, according to the affidavit.

Runyon chased another coworker out of the house but was able only to strike him in the shoulder and back, Judd said, adding that a couple and their child were also able to escape the house unharmed.

Runyon fled and after a two-hour manhunt, deputies arrested him at a local hospital, according to the sheriff's office Facebook page. Runyon was not injured, according to Judd.

"We have no idea what outraged him so bad that more than 24 hours later, that he would come back and make an attempt to kill every one of them," Judd said.

"It's safe. The murderer, the horrible murderer, is in custody and the community is once again safe."