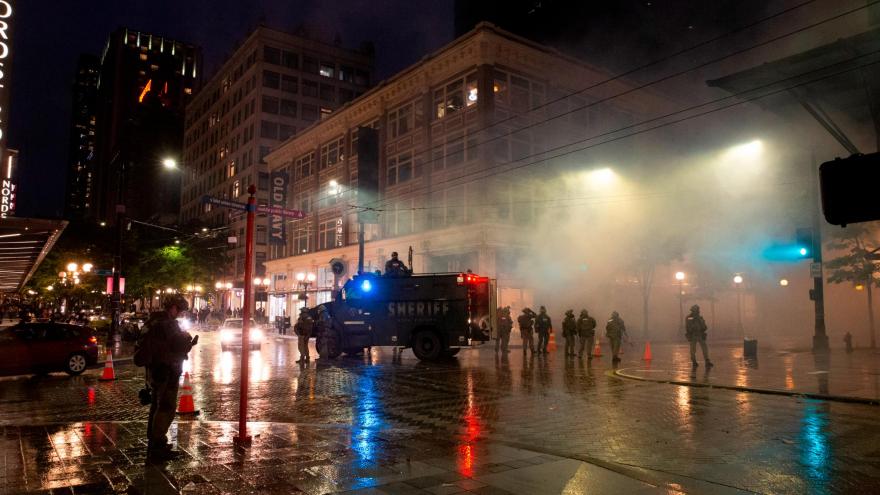 Karen Ducey/Getty Images North America/Getty Images
(CNN) -- Prosecutors have accused a man of stealing a firearm from a Seattle Police vehicle during protests in May.

Jacob Little, 24, of Everett, Washington, appeared in US District Court in Seattle on Friday charged with possession of a stolen firearm.

He's accused of breaking into a damaged police vehicle on May 30 and taking a large bag that had a rifle with a suppressor on it.

"Images show a man that appears to be Little removing the heavy bag from a Seattle Police vehicle parked outside the downtown Nordstrom store. The vehicles were heavily damaged and ultimately burned," the US District Court in Seattle says in a statement.

Text messages obtained from his phone indicated that he was planning to sell the firearm, prosecutors said. He was identified at the scene with the help of a YouTube video and photos taken by a Seattle police officer.

The criminal complaint says the rifle Little is accused of stealing is one of two taken from police vehicles that day that have not been recovered. Possession of a stolen firearm is punishable by up to 10 years in prison and a $250,000 fine.

It's unclear whether Little has an attorney.