Man creates his own Batmobile from scratch 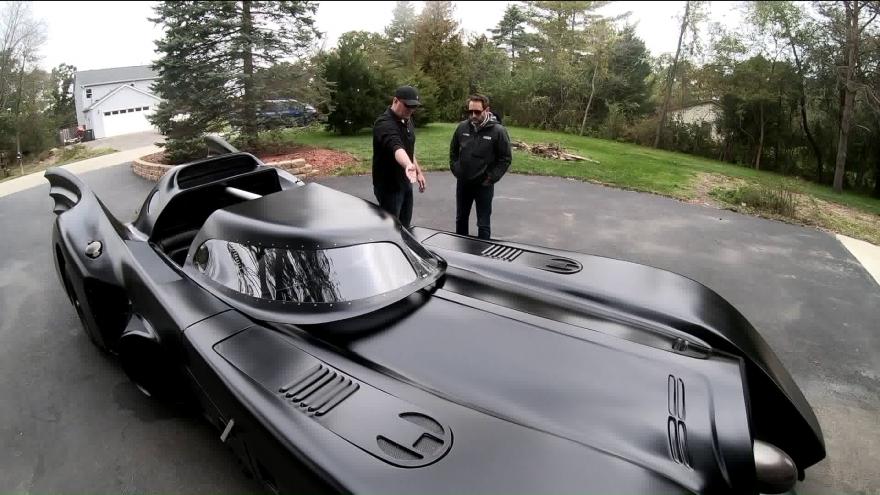 By BIANCA CSEKE AND MARCUS LESHOCK

CHICAGO, IL (WGN) -- If you remember the Tim Burton movies — with Michael Keaton as Batman — you remember how cool that Batmobile was.

Well, one Chicago-area man created the closest thing to the iconic car.

Brian Hendler created what he described as the "Big Black Car" from a GM body, which he cut and built a frame underneath.

But the car doesn't just look like the Batmobile – it has a Boeing 5 jet engine in the back and even picks itself up and spins around in 360 degrees.

"It's the first car in the world to do that," Hendler said.

Though Hendler is working on being able to legally drive his car down the street, he said he probably never will because he worries it'll cause accidents from people getting distracted by it. Instead, he plans to bring the "Big Black Car" to charities' fundraising events to help them bring in more donations.