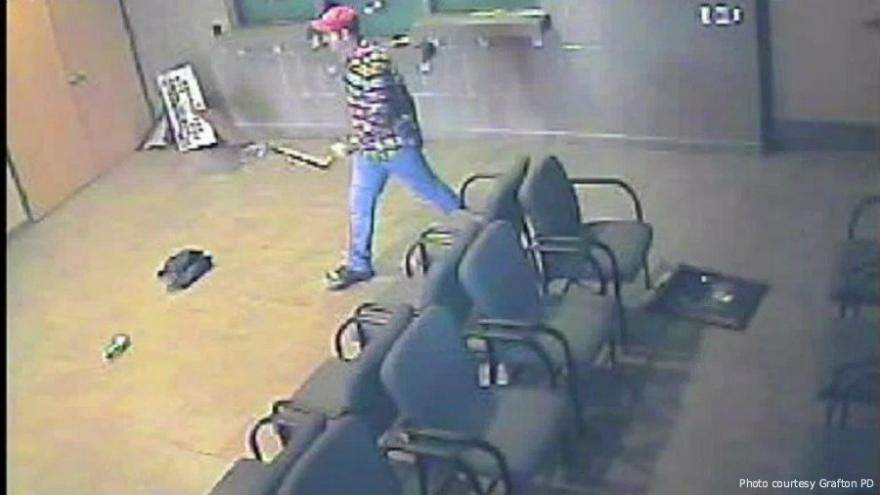 Grafton, Wisconsin (WITI)/CNN) -- A man went on a rampage and trashed the inside of the Grafton Police Department. The strange outburst lasted only a few minutes, and it was all caught on camera.

Just before 1 p.m. Sunday, March 11, the man walked into the Grafton Police Department, not looking for help, but to cause trouble.

Surveillance video shows him kick a hole in the wall right as he walks inside. He is seen throwing his bag across the lobby and then head straight for the brochures.

He's seen tearing down shelves, and pictures and throwing them across the room. Glass can be seen shattering in the video.

The man can be seen stomping on a photo before stumbling back to the entrance.

It didn't take long for officers to walk inside, just as he was about to head out.

The suspect laid on the ground, put his hands behind his back and was arrested without incident.

Days later, a hole remains at the entrance of the station and the walls are bare.

The man is being held in the Ozaukee County Jail as authorities investigate why the Grafton Police Department was targeted -- and what set the man off.

Grafton police took the man into custody for criminal damage to property and disorderly conduct. He has not been charged yet.

Police are investigating whether drugs were a factor.