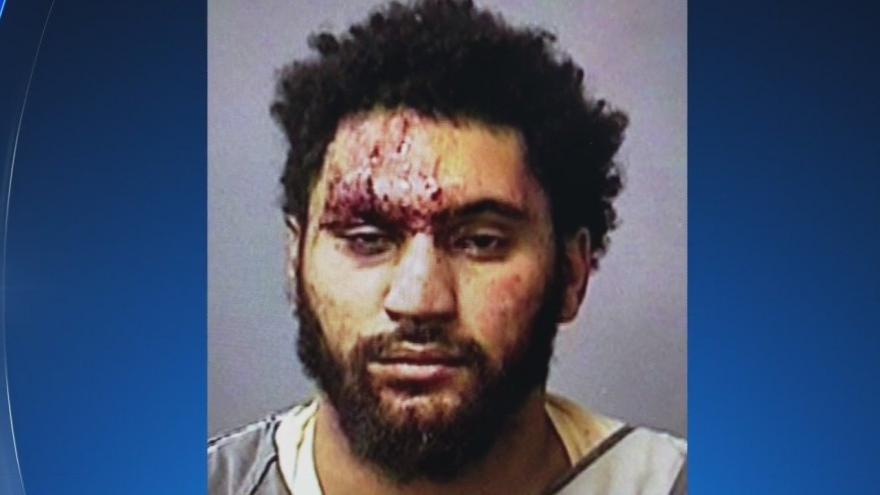 MODESTO, CA (KOVR) -- A Modesto man devoted to living a better life was hit and killed by Brandon Howze, who was allegedly drunk at the time. Friends of Ray Galindo say the tragic irony is Galindo was leaving an Alcoholics Anonymous meeting when it happened.

Galindo spent over a decade in and out of the program. On Tuesday, friends and family attended his funeral.

“It’s like my heart sank in my chest,” explained Mark G., one of Galindo’s AA group leaders. Mark said Ray was attending a meeting to support a newcomer the day he was killed.

“Ray was a standup guy, he was a very helpful person, he always wanted to lend a hand,” he explained.

According to Mark, Ray was standing by his car outside Living Sober Fellowship in Modesto he was hit. Investigators say 22-year-old Braxton Howze was allegedly driving drunk and ran into him. Howze then reportedly left the scene and was arrested shortly after.

An upside-down chair with a candle top is in the spot to honor where Ray would’ve been sitting in tonight’s meeting.

“He has come in and out the program several times but this last time he seemed like he was on his way to get it he was really doing well,” explained Mark.

Friends say Ray was sober and committed to the program, in charge of committees, and even brought one of his sons to meetings.

“What an irony of life to come here and try to be sober, try to be a better person, and then you go out by one of us technically,” said Armando.

DUI arrest and crashes have been increasing in the Central Valley since the pandemic, according to Rhonda Campbell, Victim Services Specialist at Mothers Against Drunk Driving Sacramento.

“Drunk driving numbers were up six percent during the lockdown. I’m finding, as a victim advocate, as more and more things are opening up I’m getting more and more victim referrals,” she explained.

Campbell said with statistics showing 30 people dying every day in the United States from impaired driving, more needs to be done.

“Tougher penalties, it’s more consequences. I think the first couple of times people get a DUI ticket, it’s expensive but a lot of times that is not enough of a deterrent,” she explained.

AA brothers who spent years sitting next to Ray say his determination to be a better person will leave a lasting impact and serve as motivation in their own sobriety.

“It just makes me want to try hard to stay in the program and be a better person,” one person said.

Howze is expected to be back in court on May 11.