Man in a van shoots into a crowd of protesters in Detroit, killing a 19-year-old 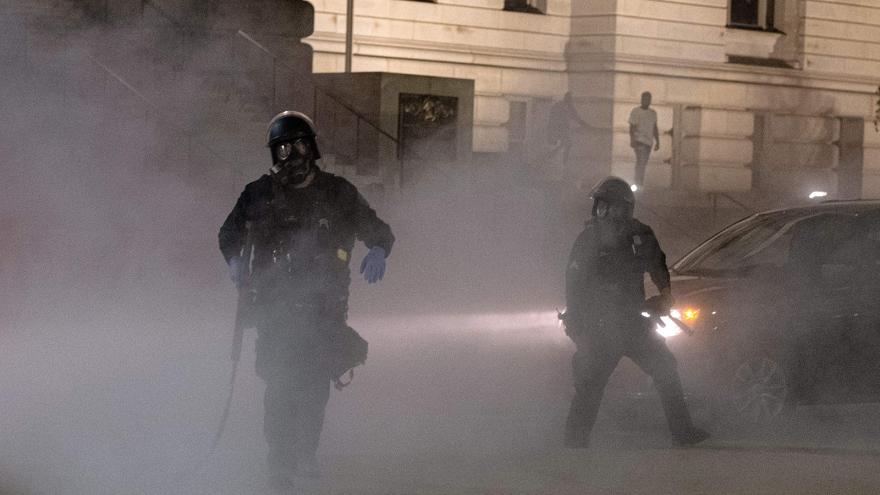 A Detroit Police officer uses tear-gas on protesters during a demonstration in Detroit, Michigan late May 29, 2020, over the death of George Floyd, a black man who died in Minneapolis after a white policeman kneeled on his neck for several minutes. Seth Herald/AFP/Getty Images
(CNN) -- A 19-year-old man was killed after shots were fired into a crowd of protesters in Detroit late Friday, the city's police department said in a statement.

Police said the shots were fired by an unknown suspect in a gray Dodge Durango. The victim later died at a hospital.

Detroit is among the many cities across the US that saw contentious protests overnight into Saturday over the death of George Floyd, a black man, in Minneapolis police custody. Police made dozens of arrests over the course of the night.

Detroit police cannot confirm if the victim was part of the protests, but the shooting happened downtown where the protests were taking place. Detroit Police are investigating.

Earlier, Detroit Police Chief James Craig said a person had been arrested after trying to run an officer over. A command officer was struck by a rock thrown by a protestor and was taken to the hospital.

Many of those arrested are not residents of the city of Detroit, Craig said.

"I will not stand by and let a small minority, criminals, come in here, attack our officers and make our community unsafe. Just know, we are not going to tolerate it," Craig said.