Man intentionally drives car into hospital, sets himself on fire 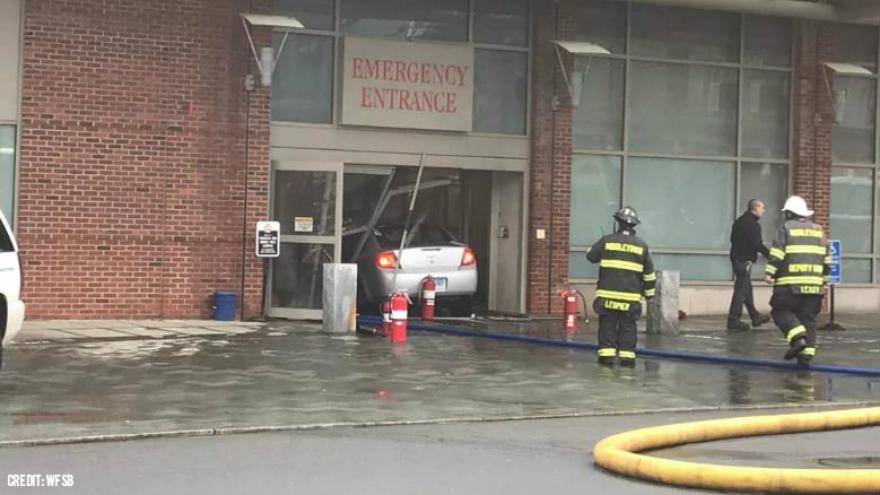 According to Middletown Mayor Dan Drew, the act was intentional and that there were gas cans in the car.

Drew said in a noon news conference that a man in his 20s crashed into the emergency room entrance and then set himself on fire. He was reportedly at Bridgeport Hospital in critical condition.

"At this time, we don't believe there is any threat to the community and we believe this to be an isolated incident," Drew said.

Drew said investigators were also looking into a home at 66 Milardo Ln. in Middletown and evacuated neighboring houses around it.

The suspect was known to police, according to Drew.

“I heard a noise," said Gary Mills, an eyewitness. "I was in my room. I put my shoes on and looked out the window and I saw all the smoke coming out. I said 'something is happening over there.' My sister got up. We went outside and we saw all the flames and then over this side I see this guy screaming, he was screaming! I said, that guy's on fire."

See photos from the scene here.

Channel 3 was told that the Connecticut State Police Bomb Squad has responded.

It happened at the emergency room entrance on Crescent Street around 10 a.m.

The hospital is in "emergency operations mode," hospital officials said.

The Life Star emergency helicopter was dispatched to the scene to bring the suspect to Bridgeport Hospital's burn unit.

The driver's identity is not being released.