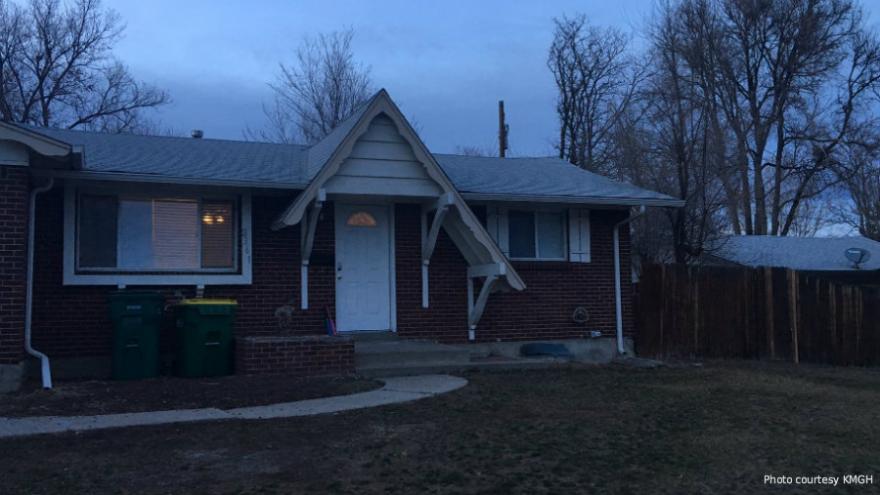 ADAMS COUNTY, Colo. (KMGH) -- A man moved into a home listed for rent on Craigslist but when others started coming by looking to rent the same home, he realized not only was it a scam — he was living there illegally.

Duane Hoots moved from Wyoming lured by Denver's booming economy in hopes of finding a job in construction. When he found a house on Craigslist he wanted to move in immediately.

“He had the code to let me in and he sent me a contract," said Hoots.

After he responded to the ad, a man claiming to be the landlord sent him a code for the electronic deadbolt.

He exchanged several text messages and phone calls with the man before wiring $3,000 to a woman who said she was his wife. He then packed all his belongings and spent another $1,500 on the move.

"As soon as you’re beat out of your money you become a criminal, I mean I’m criminally staying in this house, it’s not a good thing," said Hoots.

Hoots still doesn't know how someone was able to get the deadbolt code.

“I’m not sure how they get the code to the door but they definitely have the codes to the door and anyone evidently anywhere in the world can let you into a house," said Hoots.

Sure enough, he was able to move in but he never got the chance to unpack. Once he realized what happened he filed a report with the Adams County Sheriff's Office and tried to find the home's rightful owner.

Four days after filing the police report the bogus ad was still listed on Craigslist. But that's not all; Denver7 found the same home listed on multiple well-known real estate websites.

“I have stopped at least three or four other people from sending this con man money since I’ve been here, been here about a week, people are coming by daily trying to send this guy money for the same house," said Hoots.

Hoots went on to explain that he talked with the true owner, a rental company called Invitation Homes. He said he asked if there was any way he could rent the home but claims the company told him to leave. Denver7 has reached out to Invitation Homes but has not heard back.

In the meantime, Hoots has no choice but to leave the home. Between the scam and moving costs he says he hardly has any money left. He just wants to make sure no one else falls victim to the same scam.

“I mean, life goes on, hard times build character, so I guess I needed a little more character," said Hoots.