Man sentenced to 25 years for mailing fatal dose of cyanide 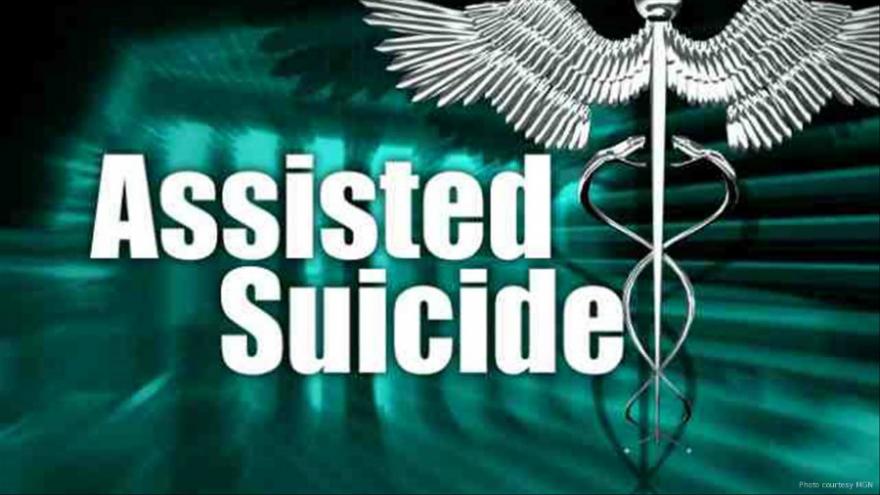 PORTLAND, Maine (AP) — A federal judge in Maine sentenced a man to 25 years in prison on Tuesday for mailing a fatal dose of cyanide to a suicidal Englishman.

Judge John Woodcock's ruling in U.S. District Court in Portland came four years after Sidney Kilmartin was arrested for mailing the poison to Andrew Denton of Hull, England. The case raised questions about Kilmartin's own history of mental illness and whether the act of mailing a fatal substance to a suicidal person was tantamount to murder.

Kilmartin, 56, of Windham, Maine, was found guilty in 2016 of mailing injurious articles resulting in death and witness tampering in a case that frequently was delayed in court. His lawyer, Bruce Merrill of Portland, said he would appeal both the conviction and the sentence.

Investigators charged Kilmartin with advertising and mailing a substance he said was cyanide to several suicidal people. It was really Epsom salt. But the investigators found Kilmartin sent the real thing to Denton after Denton had threatened to report the fraud, and the Englishman used it to kill himself.

Woodcock expressed sympathy for Kilmartin, who himself has attempted suicide in the past, once intentionally overdosing on antipsychotic medication and drinking antifreeze. But the judge added that Kilmartin's fraud and role in Denton's death represented an "appalling moral vacuum" worthy of stiff punishment.

"Not merely illegal — they were perpetrated in a moral black hole," Woodcock said. "Just an unimaginable moral black well that these actions took place in."

Kilmartin, who wore an orange prison jumpsuit and spoke only to address the judge, faced a maximum sentence of life in prison. Merrill had said in an earlier sentence hearing that he felt a fair sentence would range from zero to 20 years because of Kilmartin's history of mental illness.

Kilmartin and Denton were "kindred spirits" who related to each other because they were both suicidal, Merrill said Tuesday. He said the two communicated about the most effective way to take the cyanide, a highly toxic, colorless salt.

"Two very ill, depressed people talking about the best way to take potassium cyanide," he said. "Not the kind of conversation people normally have."

U.S. Attorney Halsey Frank said during Tuesday's court proceedings that Kilmartin deliberately took advantage of depressed people for his own gain. He described Kilmartin's actions as "killing someone to obstruct justice while taking advantage of vulnerable people."