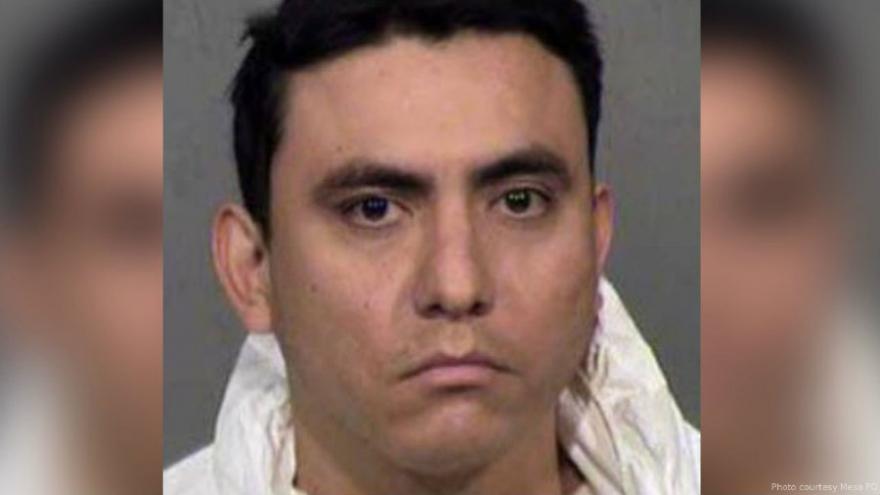 MESA, Ariz. (KPHO/KTVK/CNN) -- It was a horrifying abuse case that Mesa police said "shocked the soul."

In 2016, a 3-year-old girl was found duct taped, in a bag, surrounded by feces in a closet of a suspect's apartment. Police say the girl had been sexually abused

Now, the suspect in that case has been sentenced.

Francisco Rios-Covarrubias was sentenced Tuesday to 35 years in prison followed by lifetime probation. He was convicted on two counts of kidnapping and three counts of attempted child abuse.

The Valley was shocked by the case when it came to light in 2016.

The 3-year-old child, who had allegedly been offered up for sex, was found malnourished and suffering a “level of neglect so harsh she could not stand on her own,” Mesa Police Chief John Meza said at the time.

"When officers went in, all they saw was the top of the child's head in the trash bag," Meza described. "The child had duct tape over her mouth, around her arms, her hands, and legs."

The girl was found with many bruises, scars and blisters on her body, police said.

Police said the child's mother, Mayra Yomali Solis, who is homeless, had been dropping the girl off with Francisco Rios-Covarrubias for days at a time over the past month.

"The mother said she would see the child one day a week and she knew her child was left alone for several hours while the suspect worked," Meza said.

Meza said Rios-Covarrubias had agreed to babysit the child while the mother went to work. Meza said Solis would stop by and see her child just one day a week.

At the time, Solis pleaded not guilty to child abuse.

Police said they were tipped off after a man Rios-Covarrubias had met online for sex showed up at the apartment at around 7 a.m. and smelled a bad odor.

"It makes me sick. It’s a child; it’s a baby. And you think 'Didn’t the baby scream?'" said one neighbor.

"That’s some of the sickest stuff that I ever heard in my life," another neighbor said. "That’s sad that would actually go down. That’s just horrifying. Nothing like that should ever happen to anybody."