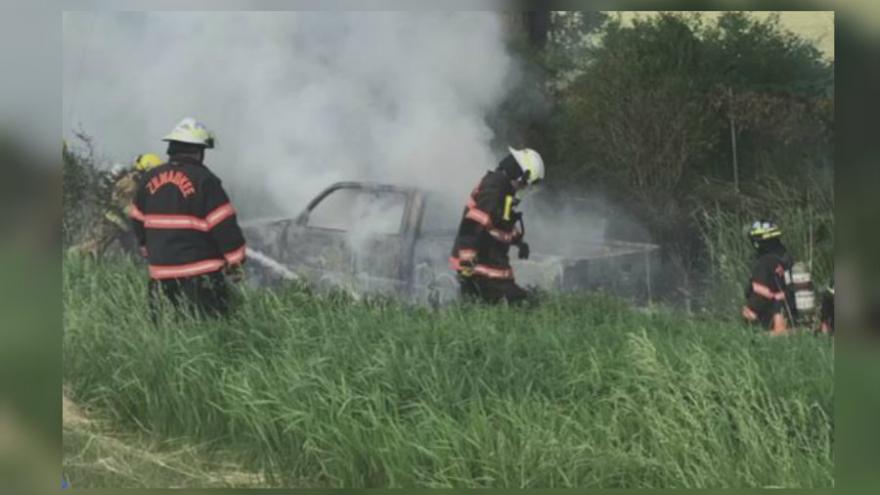 MOUNT MORRIS TOWNSHIP, Mich. (WNEM) -- A man was trapped in a burning vehicle after a crash that was caused by a diabetic shock. He was pulled to safety by people in a passing car.

Payne is counting his lucky stars after being rescued from his burning truck last week off of I-75 in Bay County.

“He sent me some angels, I am letting me know he’s not through with me yet,” Payne said.

Payne said he’s diabetic and before hitting the road, he took an extra dose of insulin as his doctor told him to, but after that, he really doesn’t remember much.

“I got ready to get over and someone wouldn’t let me in and that was it, the next thing I know I was all the way up in Bay City,” Payne.

Officials say Payne hit another vehicle before leaving the road and rolling his truck which began to smoke.

At least three bystanders came to Payne’s aid by getting him out of his burning truck and getting him to safety.

“It’s really relieving, exciting to know that they took the time out of their day instead of driving by thinking someone else will take care of it, actually like stop and help and see that he needed help,” Chakiara said.

Payne said he is happy to be able to spend Father’s Day with his daughter, thanks to some selfless individuals.

"I would like to thank the young lady, the gentleman, and the other woman for being so kind enough and so Godly in their heart to come down that hill and pick me up and carry me up the hill," Payne said.

Pain said doctors are still trying to figure out what exactly went wrong with his medication and until then he’ll be off the roads.