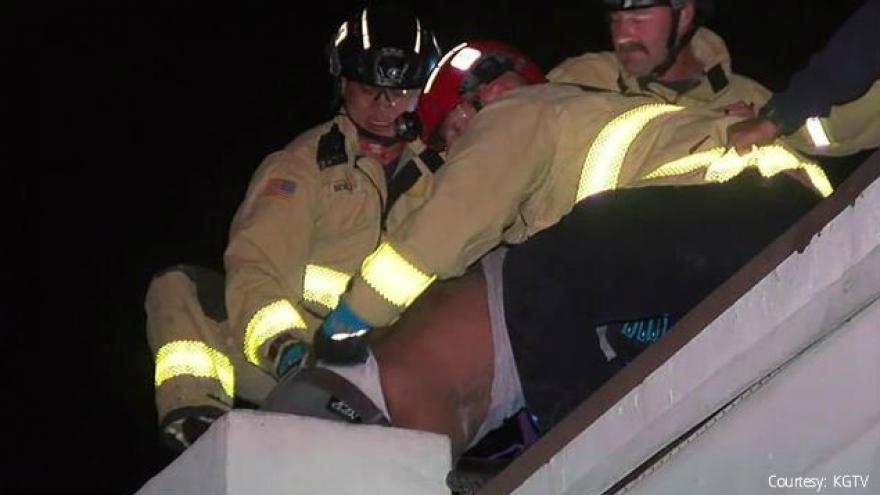 San Diego, California (KGTV) -- Emergency crews were called to a City Heights home Tuesday night to rescue a man who became stuck in the chimney after an alleged break-in attempt.

Neighbors contacted authorities at around 10 p.m. after they heard someone crying out for help from inside the home in the 4000 block of Menlo Avenue.

Crews arrived to find 26-year-old Eduardo Medina trapped in the chimney of the home he used to live in with his family before being evicted.

After attempts to break down a wall and the fireplace inside the house, crews spent over 30 minutes tugging and pulling Medina until they got him out by the seat of his pants.

After his hour-long ordeal, Medina was arrested on suspicion of trespassing and an undisclosed probation violation.

Before being placed in a San Diego police cruiser, he told the 10News Breaking News Tracker that he was trying to enter the house to retrieve some property.

He described the ordeal as "a tight experience."

Police told 10News they believed Medina was under the influence of an unknown narcotic.