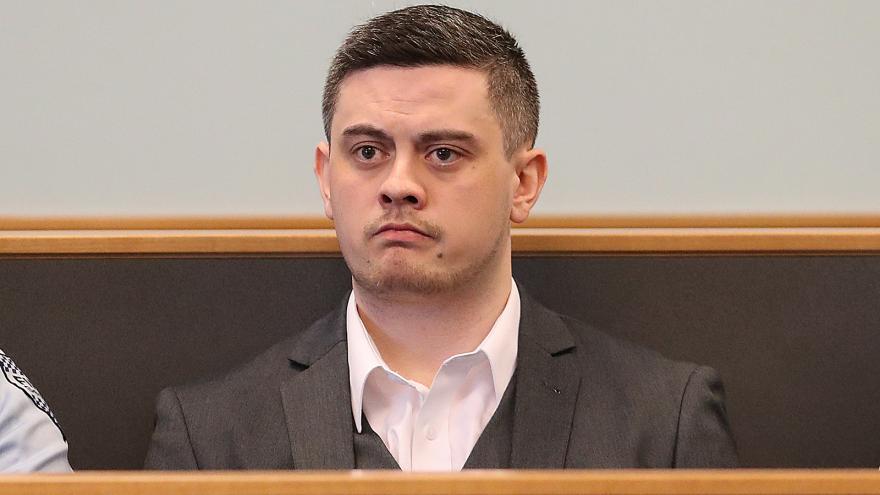 (CNN) -- The 28-year-old man convicted of killing British backpacker Grace Millane while she was visiting New Zealand has been found guilty of abusing two other women before her murder.

Jesse Kempson was sentenced to life imprisonment with a minimum 17-year non-parole period in February after being found guilty of murdering Millane on the eve of her 22nd birthday.

Millane met Kempson on a dating app in December 2018. She was last seen in the center of Auckland and her body was subsequently found by police in a bush-clad area in the west of the city.

A decision Tuesday from the country's top court meant an order keeping Kempson's name hidden was lifted -- and revealed that his name was suppressed as he had been facing two other abuse trials.

In October this year, Kempson was convicted of a range of crimes against his former partner, including threatening to kill, assault with a weapon, and sexual violation by unlawful sexual connection, according to the Supreme Court decision. Kempson has been sentenced to 7.5 years in prison for those crimes, which took place before Millane's murder, Kempson's lawyer Tiffany Cooper confirmed.

Kempson was also convicted of raping another woman who he met on dating app Tinder after a separate trial in November, the decision shows. Cooper said he was sentenced to 3.5 years in prison for that crime, which happened only months before he murdered Millane.

Like Millane, the rape victim was also British, and had been in New Zealand on a working holiday, Cooper said.

Kempson was granted name suppression after he was convicted of Millane's murder in order not to prejudice the jury at his upcoming trials this year. Ultimately, Kempson opted for trials in front of a judge -- and without a jury -- for both cases.

Cooper said Kempson is appealing his sentence and conviction for all three cases.

Millane had been on a trip around the world when she was murdered.

According to her family, she arrived in New Zealand on November 20th and "bombarded" her family with photographs and messages of her adventures.

On December 1, 2018 -- the eve of her 22nd birthday -- Millane met Kempson and visited several bars before going to his hotel. She was missing for more than a week before her body was found in the Waitakere Ranges in West Auckland.

During a trial last year, Millane's lawyers argued that her death had been accidental and occurred during consensual "rough sex."

The jury deliberated for four hours before deciding that Kempson was guilty of murder. They found Kempson had strangled Millane to death, crammed her into a suitcase and then taken her body to a wooded area.

"Overall, the circumstances of the murder showed a high-level of callousness, including: the intimate nature of the murder itself," the Courts of New Zealand said in a statement after her sentencing.