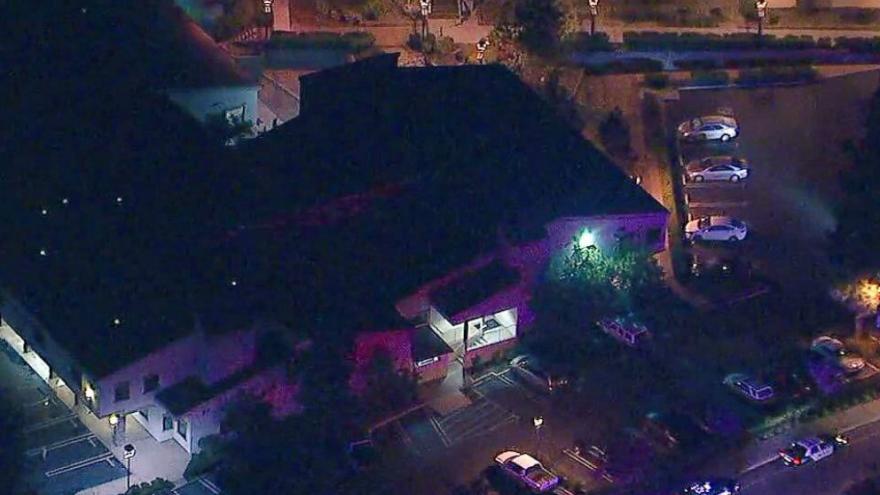 (CNN) -- Brendan Kelly had been on the dance floor for an hour when rapid popping sounds started at the bar. Having survived last year's massacre in Las Vegas, he knew only too well what gunfire sounds like, even amid loud music.

As gunshots rang out all around him, Kelly shoved people to the ground for cover Wednesday night at the Borderline Bar & Grill in Thousand Oaks, California, he told CNN affiliate KABC.

"As soon as I identified where the target was, or where the threat was, I grabbed at least two people around me and yanked them as hard as I could to the nearest exit," he said.

They fled through a back exit and made it out safely. And with those moves, Kelly became part of a rare group that has survived two mass shootings.

Just as he did a year ago, he called his loved ones to tell them he had survived.

"Only thing I can attribute it to is God," he told KABC on Thursday, "his protective hand over me that night on October 1 (last year in Las Vegas), and last night."

The shooting at the Western-style bar left 12 people dead, and authorities said they believe the gunman, US Marines veteran Ian David Long, 28, took his life and was dead when officers finally made entry into the bar.

Among the casualties was Sgt. Ron Helus, a longtime sheriff's deputy who was talking to his wife on the phone when the call came over the radio for an active shooter.

"(The deputy said), 'Hey, I have to handle a call. I love you, I'll talk to you later,' " Ventura County Sheriff Geoff Dean said of Helus' actions shortly before his death.

Investigators believe Long used a legally purchased .45-caliber Glock 21 with an extended magazine during the shooting, and they're trying to figure out why he did it. Authorities said it's unclear what his motive was.