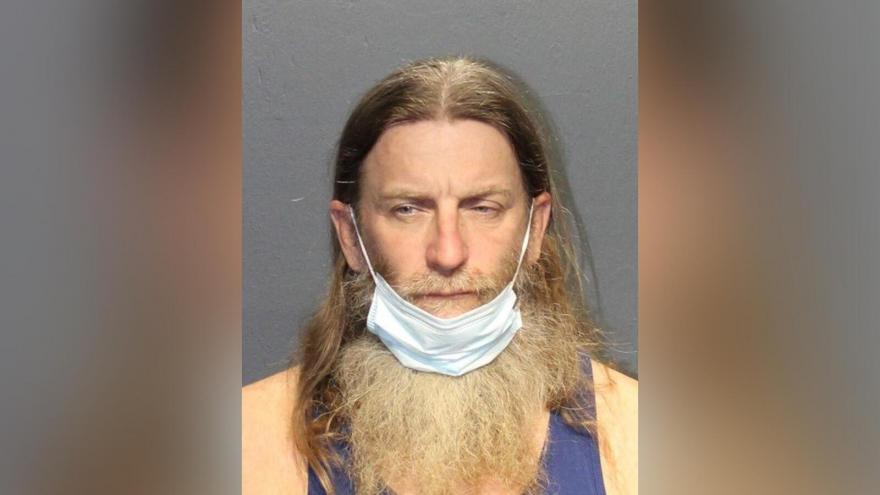 Robert Keith Packer was seen at the Capitol riot and insurrection wearing a sweatshirt with the words "Camp Auschwitz" on it.

(CNN) -- The man who was photographed inside the US Capitol wearing a "Camp Auschwitz" sweatshirt on January 6, 2021, pleaded guilty to a misdemeanor trespassing charge on Wednesday.

Robert Packer, 57, could face up to six months in prison when he is sentenced in April, though many defendants who pleaded to the same charge and are not accused of violence received much less or no jail time.

Packer is the latest high-profile defendant to plead guilty, as prosecutors work to resolve the hundreds of misdemeanor cases. Nearly 200 defendants have pleaded guilty so far to federal crimes related to their conduct on January 6.

An image of Packer inside the Capitol went viral on social media during the riot, sparking shock and outrage. The black sweatshirt had a graphic image of a skull and crossbones and bore the name of the Nazi concentration camp where about 1.1 million people were killed during World War II -- most of them Jews.

The bottom of his shirt read, "Work brings freedom," which is the rough translation of the phrase "Arbeit?macht frei" that was on the concentration camp's gates.

Prosecutors say that Packer traveled from Virginia to attend the pro-Trump rally on January 6. He entered the building despite seeing broken windows and the mob fighting police, according to the plea agreement read aloud during the hearing. And he was nearby when rioters broke House Speaker Nancy Pelosi's office sign and when Ashli Babbitt was shot. Packer left the building after about 20 minutes.

When FBI agents searched Packer's home after his arrest in January, they found swastika artwork, a folder titled "Whites Only Material," and pictures of Hitler and other Nazi imagery, according to court documents.

Other rioters on January 6 have espoused anti-Semitic views, and senior US officials have said white supremacists played a role in the insurrection.