Manafort gets $10 million bail, can travel to Florida 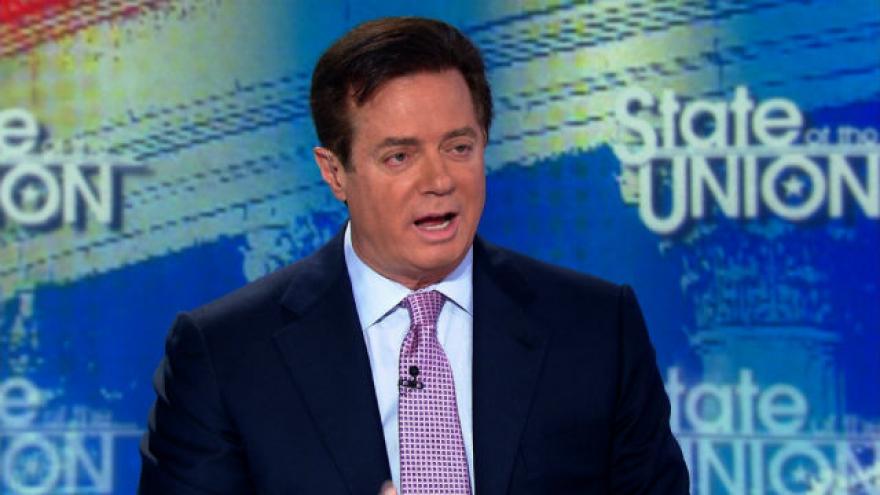 Manafort will be allowed to live at his home in Florida and will be under curfew and GPS monitoring.

He'll be able to travel to Washington for court appearances and to meet with his legal team, but he otherwise must stay in two counties in Florida.

Manafort can't go near any airports, train stations or bus stations unless he gets approval for travel from the judge in advance. Manafort already surrendered his passports when he was arrested, and now his wife Kathleen will surrender hers, according to the judge's order.

Manafort was arrested October 30 on charges of money laundering and failure to file federal disclosures related to his earlier Ukrainian ventures.

His co-defendant, Rick Gates, has tried to change his house arrest and bail terms as well. The judge has not changed Gates' status yet, though she has allowed him some exemptions to leave his house to coach children's sports on the weekends.

Manafort and Gates have pleaded not guilty to all charges.

To back his bail, Manafort offers four homes as collateral, including the one in Florida, plus his apartment in Alexandria, Virginia, and two properties in New York. His wife will secure his bail by placing $5 million in an account, and his daughter Andrea Manafort Shand will place $2 million in another account.

Manafort struggled for the last seven weeks to secure a change to his bail conditions, which his lawyers said "severely impacted his ability to earn a living," according to an earlier filing.

The special counsel's office sought proof that his real estate properties were worth the $11 million-plus he said they were. The prosecutors also attempted to kill a proposed change to his bail last week after they discovered he had worked on an op-ed for a Ukrainian English-language newspaper that praised his political efforts in Ukraine.