Manafort has 3 passports, traveled with phone registered under fake name 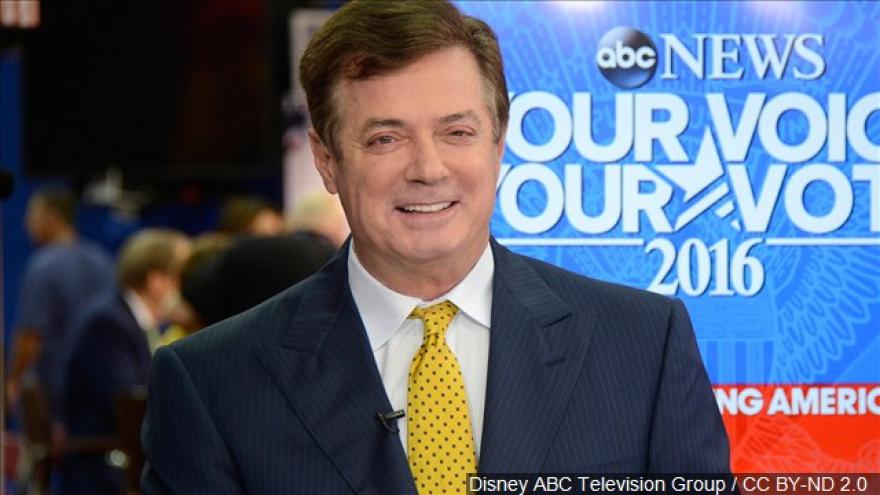 (CNN) -- How rich are Paul Manafort and Rick Gates, and where did they travel?

That question lingered over the pair's court hearing on Monday after both faced the first indictments from Justice Department special counsel Robert Mueller's investigation into Russian meddling in the 2016 presidential election.

Because both men appeared to be globe-trotting multi-millionaires and faced charges for serious crimes related to their work abroad, the government said they should be held under house arrest. A judge agreed Monday.

A new court filing Tuesday showed exactly what Manafort and Gates told banks and investigators about their net worths and travel histories over the past few years.

* Manafort currently has three US passports, each under a different number. He has submitted 10 passport applications in roughly as many years, prosecutors said.

* This year, Manafort traveled to Mexico, China and Ecuador with a phone and email account registered under a fake name. (The name was not disclosed in the filings.)

* Both Manafort and Gates were frequent travelers to Cyprus. "Extensive travel of this nature further evidences a risk of flight," the prosecutor's filing said.

* Manafort wrote on loan applications and other financial documents that his assets were worth between $19 million in April 2012 and $136 million in May 2016.

* In some months, like while he served as Trump's national campaign chairman in August 2016, Manafort's assessment of his total worth fluctuated. In August 2016 he said his assets were worth $28 million, then wrote he had $63 million in assets on a different application.

* Gates "frequently changed banks and opened and closed bank accounts," prosecutors said. In all, Gates opened 55 accounts with 13 financial institutions, the prosecutors' court filing said. Some of his bank accounts were in England and Cyprus, where he held more than $10 million from 2010 to 2013.

Manafort's and Gates' attorneys have asked the judge to release them from house arrest.

Currently, Manafort and Gates' house arrest conditions mean they can only leave their homes to meet with lawyers or appear in court, or for medical and religious reasons, and they must check in with authorities daily.

Their next court appearance is scheduled for Thursday afternoon. They face sentences of more than 10 years if convicted on all charges. Both say they're not guilty.