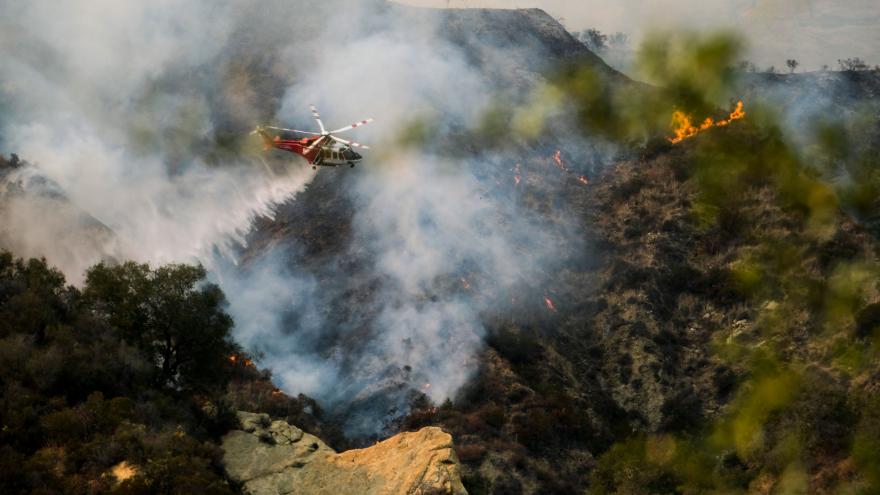 A firefighting helicopter drops water on a brush fire scorching of an area west of Los Angeles Saturday, May 15. - Ringo H.W. Chiu/AP

(CNN) -- Mandatory evacuations have been ordered for the area near Topanga Canyon due to the Palisades Fire, a tweet from the Los Angeles County Fire Department said Saturday night.

The area affected, at Topanga State Park in the Santa Monica Mountains, is approximately 20 miles west of downtown Los Angeles.

Approximately 750 acres have burned and there is 0% containment, the department said.

Two zones, identified as 4 and 6, of the department's tactical map have been ordered to evacuate, according to the tweet.

Zone 4 includes everything east of Topanga Canyon between the Community House and View Ridge. Zone 6 is everyone north of Entrada, south of Oakwood and east of Henry Ridge, the department said.

It is unclear how many homes or residents are impacted by the mandatory evacuation order at this time.

The cause of the fire is under investigation and no injuries have been reported as of late Saturday, according to the department.

This is a developing story and will be updated as more information becomes available.