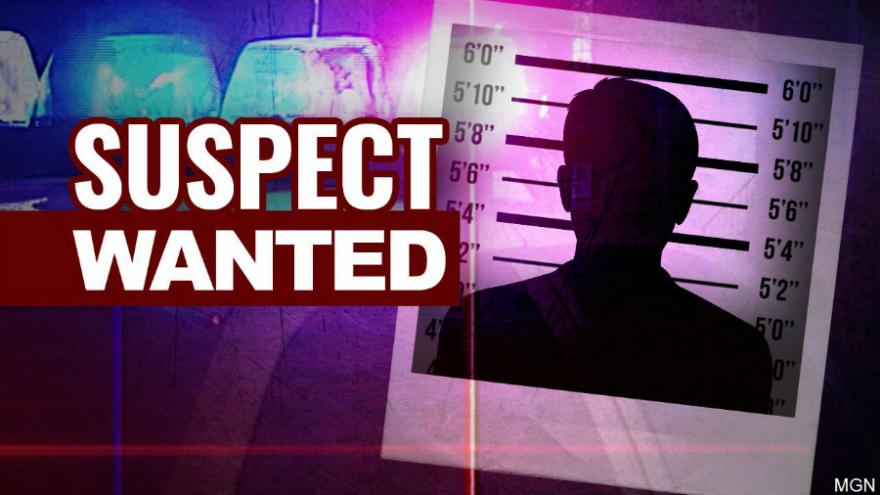 (CNN) -- Police in Georgia are searching for a man suspected of killing a police officer who was answering a call about a suspicious vehicle near a middle school, authorities said.

Tafahree Maynard, 18, has been charged with aggravated assault and felony murder in the killing of Gwinnett County officer Antwan Toney on Saturday, the county's police department said. Maynard is still at large.

A second suspect, Isaiah Pretlow, 19, was arrested Saturday and has been charged with aggravated assault, police said.

Toney, 30, was responding to an anonymous 911 call reporting a suspicious vehicle parked near Shiloh Middle School on Saturday afternoon when he was killed, Chief of Police Butch Ayers said.

The officer was approaching the car when, police say, Maynard fired a weapon from inside the vehicle and struck him.

Another officer returned fire and dragged Toney away but he died at a hospital, Sgt. Jake Smith of the Gwinnett County Police Department said.

Police have not released details about Toney's injuries and have not said whether anyone in the suspects' car was hit or how many shots were fired.

After the shooting, the suspects' four-door black sedan sped away, crashed about a mile away and the suspects fled the vehicle.

Police believe Pretlow was driving the car and that as many as four people were inside.

"They fled the scene and crashed without an officer in hot pursuit," Smith said.

At some point after running away from the car, Pretlow pointed a gun at an officer and the officer fired his weapon at him, police said. Pretlow, who was not injured, is facing an aggravated assault charge stemming from that encounter.

He ran to a wooded area but was arrested hours later by US Marshals, police said.

Police presence was heavy Saturday evening in neighborhoods a few miles east of Stone Mountain as officers, SWAT and K9 teams searched for Maynard. A helicopter was also seeing flying above the vicinity of the middle school.

Toney, who was originally from Southern California, had been with the department for almost three years. Before he was an officer, he had been a security guard, police said.

Gwinnett County is in the metropolitan Atlanta area and has 920,000 residents. Toney's killing is the first line-of-duty death in the county since May 1993 when an officer was killed in a traffic accident.

Three officers were shot to death in April 1964.

Toney's death was the second fatal shooting of a law enforcement officer this week. North Carolina State Trooper Kevin K. Conner was killed Wednesday during a traffic stop near the border with South Carolina. A suspect was taken into custody.