Many homebuyers are dropping out of the market 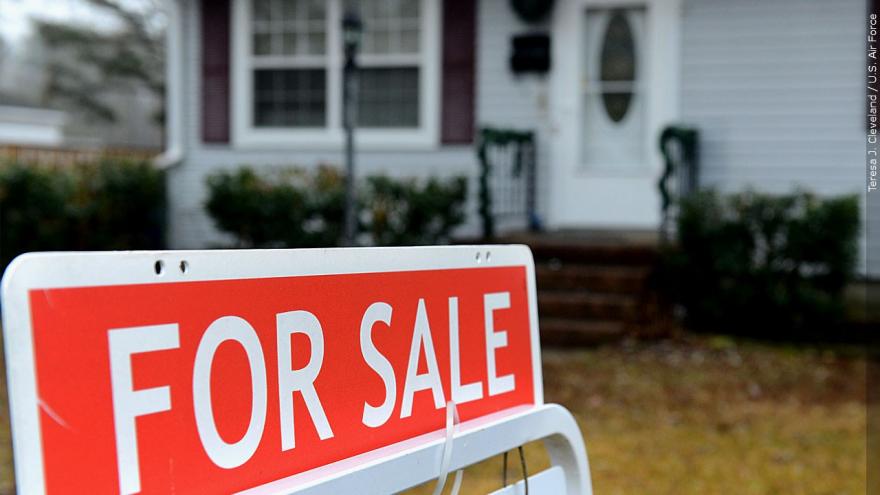 (CNN) -- Buying a home of her own became a priority for Kelly Robinson during the pandemic, as she began to feel cramped in her Indianapolis apartment.

"Last fall having to stay home so much, that really made me decide that it is time to buy a house," she said. Among the top amenities she was looking for: outdoor space and more privacy.

Further motivated by record low interest rates, Robinson set her sights to buy in the spring when she expected more properties would be available. It would also give her time to get her finances in order.

"But by the time I got pre-approved and started seriously looking at homes, the market got crazy" she said.

Robinson set a budget for $250,000. But in her market -- the suburb of Greenwood -- homes began selling within days, with as many as 10 competing offers, and sometimes going for $100,000 over the asking price.

"'Crazy' to me is not getting an inspection because you want to be number one on the homeowner's list," she said. "That is a risk I'm not wiling to take. And having to make an immediate decision the day you see it? That is another thing that makes me really nervous."

So she decided to put the home search on ice and continue renting.

"There are so many aggressive shoppers out there and I'm not willing to compete with that," she said. "I need to be happy today, but I also want to be happy a year from now. If I overpay or don't get an inspection, that will cause bigger issues down the road."

Up against all-cash offers they can't match and a feeding frenzy on each house they visit, many buyers are dropping out of the market and opting to wait it out and reevaluate their options.

The housing market was on fire this spring, leaving many would-be buyers burned out. Low mortgage rates have been fueling demand, but there's also been a record-low inventory of available properties. That has pushed home prices to record highs, with some homes attracting multiple all-cash offers, and others selling for $1 million over the list price.

But home sales have fallen for the fourth month in a row, on a monthly basis, partially because there aren't enough homes to buy, but also because the competition and higher prices are turnoffs to those who can't afford to compete, according to a recent report from the National Association of Realtors.

"Clearly sales are moving down partly due to inventory shortage, but the affordability is squeezing some of the buyers out of the market," said Lawrence Yun, NAR's chief economist. "Homebuyers qualify for a mortgage based on their income, but with prices rising 20% or higher, it is simply pricing them out of the market."

Only 32% of consumers believe it's a good time to buy a home, according to Fannie Mae's Home Purchase Sentiment Index for June. That's a record low. High home prices were cited as the main reason people were pessimistic toward home buying. That sentiment was particularly strong among renters looking to buy for the first time, said Doug Duncan, senior vice president and chief economist at Fannie Mae.

"While all surveyed segments have expressed greater negativity toward homebuying over the last few months, renters who say they are planning to buy a home in the next few years have demonstrated an even steeper decline in homebuying sentiment than homeowners," he said. "It's likely that affordability concerns are more greatly affecting those who aspire to be first-time homeowners than other consumer segments who have already established homeownership."

Still, even in the face of tough buying conditions, many would-be homeowners remain intent on purchasing now, Duncan said, especially with mortgage rates still relatively low and a down payment ready to go.

"I'm encouraging my buyers to stay the course," said Corey Burr, a senior vice president at TTR Sotheby's International Realty in Washington, DC. "They need to have a persistent confidence their dream home will become available and they can buy it. Just because it is difficult doesn't mean it is impossible."

Ride out the wild market by renting

It's true, buying a home is not impossible. Plenty of people are doing it. But more people have tried and still aren't able to buy. And there are limits to how much time and emotional energy buyers are willing to put toward being shut out of the market.

First-time homebuyers Steven and Laura Andranigian planned to move from their home near Monterey, California, to the Coachella Valley in southern California, where they have family and Laura got a job teaching elementary school.

Looking for a home that costs less than $500,000 has them chasing properties as soon as they are listed. Many times, the houses are gone before they can even make an offer. Twice they've been laughed at for asking for time to get a pre-offer inspection. They've lost out on five bids so far.

"You get told, 'Here are the 10 things you need to do to buy a house'" he said. "We did 20 of those. And it is still like, 'Well, you're not able to participate.' Because there are people who are flush with cash who also want to buy here now."

They had been saving to buy a home for years and have been looking for months. But now they realize that their purchase options are to buy something that needs work in an area they don't want to live, to wait for a new construction home and pay a premium for it, or to buy something over their budget.

"The only way to buy [a home that costs] over $500,000 is for my in-laws to gift or loan us the difference," said Steve Andranigian. "But that seems excessive for people who have stable, good jobs to get $200,000 from family. Even when you've done everything right you still need more?"

The Andranigians have decided to abandon their home search.

"We decided to rent while we wait for the housing market to settle or resolve itself," Steven said.

But getting a rental isn't going to be easy either. The most galling turn of events, he said, would be to have to rent a home they had put an offer on before.

They've already seen some homes that they bid on come back to market as rental homes right after closing. Even though a property like that would be the kind of home they would love to live in, it would pour salt in the wound to have to rent it after trying to buy it, he said.

"To have to talk to the landlord, and hear they were sitting on a ton of cash and they wanted to turn it into a rental while we are just trying to buy our first home would be really hard," he said. "But to find out the landlord is a hedge fund and it is owned by some faceless company? That may be worse. We don't want to rent the place. We want to buy."