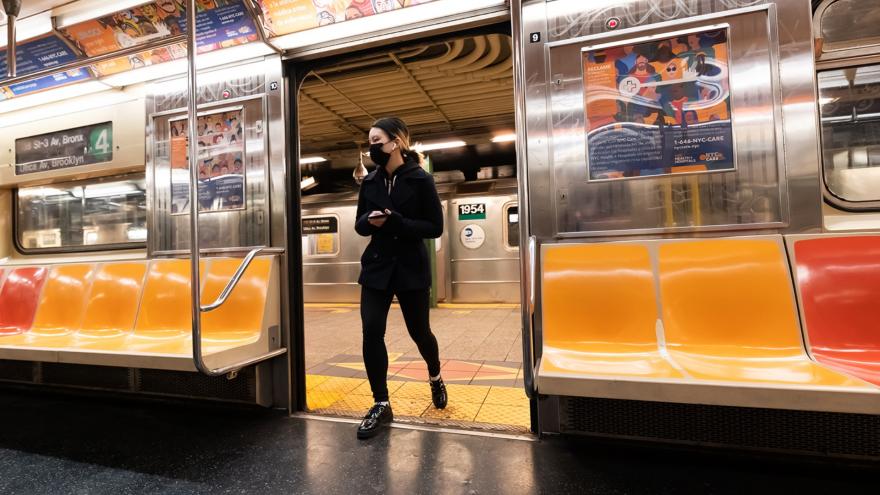 (CNN) -- Maryland on Saturday became the second state to report a case of a coronavirus variant first identified in South Africa -- a strain that health experts say is more transmissible than previous ones.

The announcement by the Maryland governor's office came two days after South Carolina reported two cases of the strain.

The Maryland case involves an adult living in the Baltimore area who has not traveled internationally, "making community transmission likely," a news release from Gov. Larry Hogan's office said Saturday.

"Comprehensive contact tracing efforts are underway to ensure that potential contacts are quickly identified, quarantined, and tested," the release reads.

Health experts have increasingly warned that highly contagious coronavirus variants like this one, labeled B.1.351 by researchers, could soon worsen the spread in the US.

Although current vaccines are believed to be protective against known variants, some research has suggested they may be less effective against the B.1.351 strain in particular.

More-transmissible variants that scientists are tracking include strains first identified in the UK (B.1.1.7) and Brazil (P.1).

The CDC has said the B.1.1.7 in particular could become dominant in the US by March. More than 400 cases of this strain been reported across the US, but experts have said surveillance has not been robust, and many more cases could be in the US.

January already is the country's deadliest month pandemic, with more than 90,800 Covid-19 deaths so far.

But more-transmissible variants are likely to add to the death toll, the Institute for Health Metrics and Evaluation at the University of Washington forecast Thursday.

The US Covid-19 death toll currently stands at more than 438,200. The model forecasts more than 594,600 total deaths by May 1 as its most likely projection -- 25,000 more deaths than its previous projection.

As the country watches for more-transmissible strains, it is about to require masks on public transportation.

The US Centers for Disease Control and Prevention announced an order late Friday that will require people to wear a face mask while using any form of public transportation, including buses, trains, taxis, airplanes, boats, subways or ride-share vehicles while traveling into, within and out of the US.

Masks must be worn while waiting, boarding, traveling and disembarking, it said. The coverings need to be at least two or more layers of breathable fabric secured to the head with ties, ear loops or elastic bands -- and scarves and bandanas do not count, the order says.

People can remove their masks briefly to eat, drink or take medication; verify their identity to law enforcement or transportation officials; communicate with hearing impaired people; don an oxygen mask on an aircraft; or during a medical emergency, the CDC's website says.

The CDC said it reserves the right to enforce the order through criminal penalties, but it "strongly encourages and anticipates widespread voluntary compliance" and expects support from other federal agencies to implement the order.

President Joe Biden signed an executive order last week requiring interstate travelers to wear a mask, and he challenged Americans to wear masks for the first 100 days of his term.

Outdoor dining areas must stay at 50% capacity and tables must be at least 8 feet apart and are limited to six people, the Los Angeles County Department of Public Health said. Indoor dining is prohibited.

Restaurants are required to inform customers that everyone sharing a table must be from the same household, though it is unclear how it will be enforced.

Restaurant employees who interact with customers are required to wear a mask and face shield, according to the health department's protocols.

But a rule requiring TVs and other screens be turned off at all times worries restaurant owners who were hoping to host diners for the upcoming Super Bowl.

"If you put people out of safe spaces for the Super Bowl, you are putting them literally in danger and putting them into homes and house parties," Angela Marsden, owner of the Pineapple Hill Saloon and Grill in Sherman Oaks, told CNN's Paul Vercammen on Saturday.

Letting people watch the Super Bowl in a controlled outdoor dining environment is a safer alternative, she said.

"Give us the chance to keep people safe and give them a little bit of community because that's what people need right now," Marsden said.

Marsden was forced to shutter her restaurant in November due to shutdown orders from Los Angeles County.

She drew national attention in December when she posted a video to Facebook after spotting an outdoor dining area set up for a movie set next to her restaurant's parking lot. Under Los Angeles County guidelines, the film industry is labeled essential and television and film production has continued to operate.

The state surpassed 40,000 coronavirus deaths Friday, according to data from Johns Hopkins University.

While deaths hover near record level, another vaccine option could be near

For now, levels of daily new cases and Covid-19 hospitalizations are dipping in the US after holiday-era surges, though the number of deaths reported daily is near a record level.

• Hospitalizations: The number of Covid-19 patients in US hospitals on Friday was at the lowest level since December 3, at 101,003, according to the Covid Tracking Project.

• Deaths: The country has averaged more than 3,200 deaths a day across the last week -- not far from the nation's pandemic peak average of 3,357 reached on January 13, Johns Hopkins says.

Health experts have long said that high numbers of deaths can lag behind surges in cases and hospitalizations, as illnesses can last for weeks.

Meanwhile, Johnson & Johnson is preparing to seek authorization from the Food and Drug Administration next week to distribute its single-shot vaccine candidate in the US. If authorized, it would bring the number of vaccines in the US market to three.

The vaccines already on the market in the US -- two-dose products from Pfizer and Moderna -- were found to be about 95% effective overall against symptomatic Covid-19, with perhaps even higher efficacy against severe cases.

While it would appear the Johnson & Johnson candidate has lower efficacy rates, it "can't be compared head to head" against the other two, said Mathai Mammen, head of research and development at Janssen, Johnson & Johnson's vaccine division.

That's in part because Johnson & Johnson's vaccine was tested later, when cases were surging even higher in many parts of the world and new variants were already circulating. And part of the Johnson & Johnson trial happened in South Africa while the B.1.351 strain was dominant there.

Health experts have told CNN that they generally think Johnson & Johnson's vaccine would be a welcome addition in a country trying to ramp up its inoculations. Besides requiring only one shot, it also boasts potential logistical advantages: It does not have to be stored in freezers; and it can be stored for three months at refrigerator temperatures, unlike the Pfizer and Moderna vaccines.

An authorization for the Johnson & Johnson candidate would be "good news, because we urgently need more vaccine," Dr. Peter Hotez, dean of the National School for Tropical Medicine at the Baylor College of Medicine, said Saturday.

Johnson & Johnson also is testing a two-dose regimen of the vaccine, and it could be that two doses would increase the efficacy, Fauci, the NIAID director, has said.