Maryland girl, 7, in critical condition after being hit after getting off her school bus 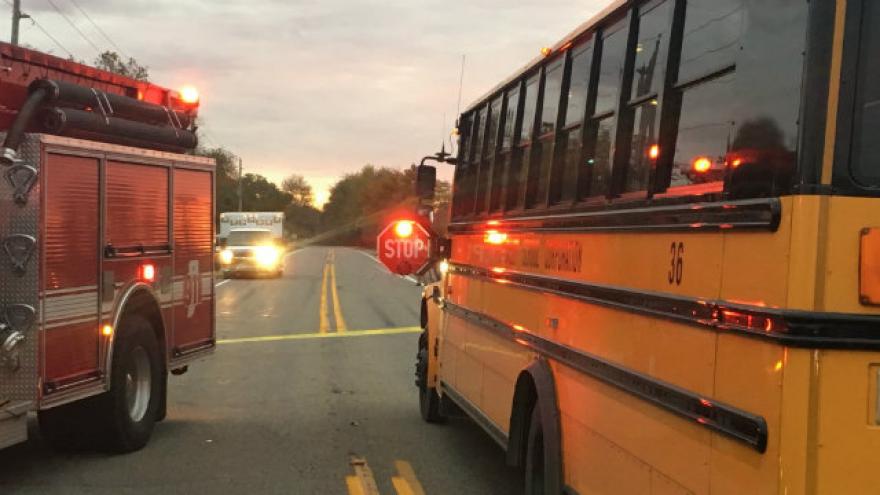 A 7-year-old Maryland girl remains in critical condition after being struck by a truck while getting off her school bus this week, the latest in a recent rash of accidents involving children at bus stops. Photo courtesy Indiana State Police

(CNN) -- A 7-year-old Maryland girl remains in critical condition after being struck by a truck while getting off her school bus this week, the latest in a recent rash of accidents involving children at bus stops.

Skyla Shirriel was struck by a pickup truck Tuesday while crossing the street in Bryantown, Maryland, about an hour's drive southeast of Washington, D.C.

Although the bus had activated its flashing red lights and stop sign, a 35-year-old woman driving a Ford F-250 hit the girl as she was trying to get to her home across the street, the Charles County Sheriff's Office said in a press release.

Skyla was immediately flown to Children's National Hospital in Washington with critical injuries, the release said.

One of many recent bus-stop accidents

In most states, drivers are required to stop and wait for a stopped school bus flashing its lights with a raised stop arm.

But they often don't. The Maryland State Department of Education conducted a survey that found 3,812 bus-stop violations -- such as motorists passing stopped buses -- on one single day last spring.

A similar survey by the National Association of State Directors of Pupil Transportation Services, published in August, found bus drivers reported that nearly 84,000 vehicles passed their buses illegally during the 2017-2018 school year.

The latest accident in Maryland is just one of many in recent weeks. In the last month there have been at least five other reports of children being killed or injured when they were struck by vehicles while waiting for their school bus, getting off the bus or boarding the bus.

Girl in critical but stable condition

CNN has not been able to contact Skyla Shirriel's family members but has reached out to Wathen, the family friend, for more information and is waiting to hear back.

Diane Richardson, a spokeswoman with the Charles County Sheriff's Office, told CNN Thursday that Skyla was in critical but stable condition.

The truck driver, whose name has not been disclosed, remained on the scene after the incident and the case is still under investigation, officials said.

"She's not in custody as charges are still pending. We are waiting for the investigation to wrap up, which could take a couple of weeks," Richardson told CNN.

School officials said the family has been keeping them informed of Skyla's well being and has asked for assistance with food and gas.

"She is receiving the best medical attention at this time for several severe injuries, and her family is there with her," Robert Opiekun, T.C. Martin Elementary School principal, said in a press release sent to CNN.

"I spoke with Skyla's father, Mr. Shirriel, and he told me that any assistance would be appreciated."

No other injuries were reported in the accident, but Charles County first responders said a 53-year-old was transported to a hospital after suffering a panic attack.