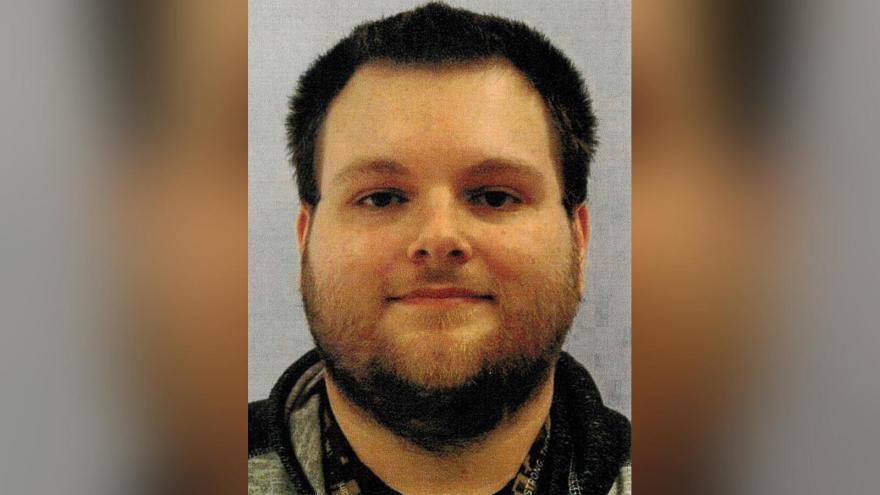 (CNN) -- A Maryland man is facing two counts of attempted murder and other charges after allegedly trying to run over police officers and driving his vehicle through the front doors of the station lobby Sunday night, according to information released by the Havre de Grace Police Department.

Police said Monday that Timothy Joel Jackson Kahl, 24, called the police department shortly after 9:30 p.m. ET and said he was going to come there and kill a police officer.

Based on information from the phone call, police determined Kahl was near his home and went to the area.

Kahl drove to the police headquarters, where he struck a parked car, then drove his vehicle into the front doors of the station lobby, police said.

In video from a surveillance camera inside the lobby and posted to the police department's Facebook account, a light-colored SUV or minivan comes through two sets of glass doors and drives all the way into the empty lobby. The vehicle stops when it hits a wall.

"He exited his vehicle and as he came back out of the front doors he tried to attack officers and was tased and then arrested and taken to Harford Memorial Hospital," the police department wrote on Facebook.

No police officers or staff were injured during the incident, but the police station was severely damaged, police said.

Kahl has been charged with two counts of attempted first-degree murder, two counts of assault in the first degree, reckless endangerment and three counts of malicious destruction of property worth more than $1,000.

He was released from the hospital Monday and is being held at the Harford County Detention Center, Capt. Jonathan Krass told CNN.

Kahl was scheduled to make an initial appearance with a court commissioner, who will set bail, Tuesday afternoon, according to Krass.

It was unclear whether Kahl has an attorney. CNN has reached out to the Harford County Public Defender's Office but has not yet heard back.