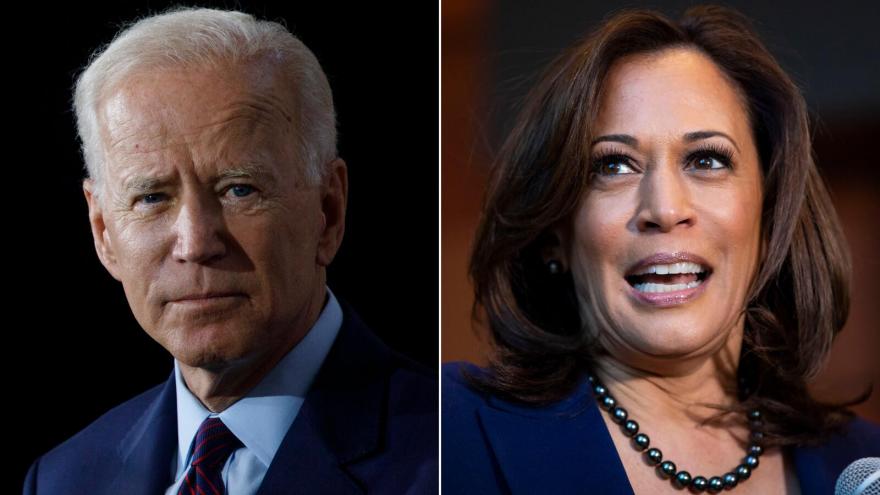 James Dale Reed, 42, of Frederick, Maryland, admitted to authorities that he made the threats in a handwritten letter he left at the doorstep of a home in the city on October 4, according to the criminal complaint, which included a photograph of the letter.

"This is a warning to anyone reading this letter if you are a Biden/Harris supporter you will be targeted. We have a list of homes and addresses by your election signs. We are the ones with those scary guns, We are the ones your children have nightmares about," the letter read in part. Reed went on to allegedly describe in graphic detail violent threats against Biden and Harris, including a threat of sexual violence aimed at the senator from California.

Authorities said a Ring door camera at the home had caught Reed on camera, and a citizen tip led them to focus on him. After initially denying to investigators that he had written the threatening letter, Reed later admitted to it on October 15.

The complaint says Reed told investigators that he had written the letter "because he was upset at the political situation." He then drove to the street the house is on and "took the letter to the first house he saw with multiple Democratic political signs." Reed told investigators he did not know the residents of the home and that he had not "surveilled it previously."

The complaint also said Reed "is known to the (United States Secret Service) for making a threatening statement against a person under USSS protection in 2014" but did not provide additional details about that threat.

The federal charge carries a penalty of up to five years in prison if convicted. Reed, who is in state custody, also faces two misdemeanor state charges, threatening mass violence and voter intimidation. A message left with the public defender's office, which is representing him, was not immediately returned.

"We take these types of threats extremely seriously," US Attorney for the District of Maryland Robert Hur said in a statement. "Conduct like this that threatens major candidates and fellow citizens only undermines our democracy and the principles upon which America was founded."