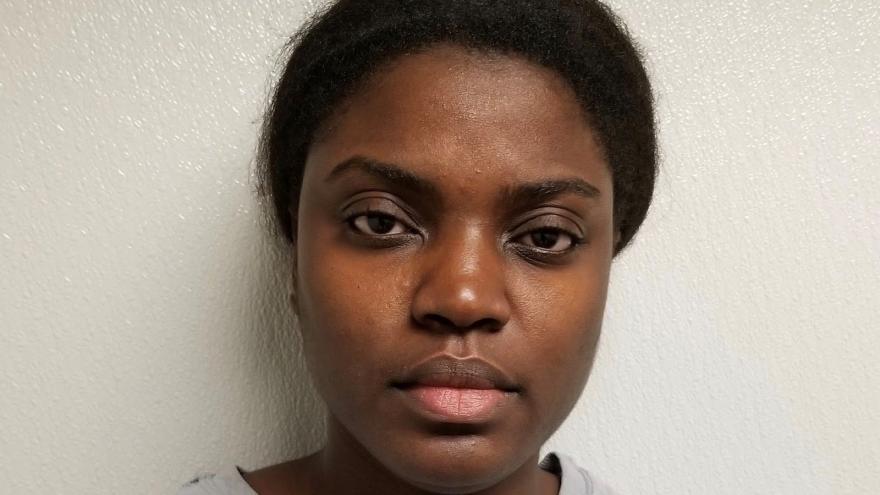 (CNN) -- A Maryland high school teacher is facing assault charges following a fight with a 17-year-old student that was caught on camera, according to court documents.

Before the alleged assault, there was "physical contact" between the teacher and the student, he said. Authorities said the student stepped on the teacher's foot and bumped into her.

"The teacher then engages in a physical assault of that student," Stawinski said. "The nature of that assault was extraordinarily violent, and that conduct is criminal in nature."

Video footage obtained by CNN affiliate WJLA appears to show the student bump into the teacher before the teacher repeatedly hits the student and kicks her. Other students get involved and pull the two apart.

"I am extremely disappointed by the horrific actions that took place in our classroom today," said Monica Goldson, CEO of Prince George's County Public Schools.

"It's important to know that we have set high expectations and standards for our staff and students," Goldson said, "and what you saw on that video does not represent the hard work that over 10,000 teachers do every single day."

But the Prince George's County Educators' Association said the incident shows a lack of respect for educators and the need to improve student behavior.

"Verbal and physical assaults on educators are too common," association President Theresa Mitchell Dudley said in a statement Monday. "There is a sense that as an educator we should continue to keep taking abuse, threats, and assaults from students, parents, and administrators because we are the adults in the room."

Neither the student nor the teacher needed medical attention, according to police. At least 30 students and 8 administrators are part of the investigation, Stawinski said.

The teacher was identified by police Saturday as 36-year-old Vivian Noirie. She faces charges of physical child abuse and second-degree assault.

CNN was unable to immediately reach Noirie for comment Sunday or determine whether she had legal representation.

Detectives are pursuing charges against the student in the juvenile court system, police said in the statement Saturday.

The student, who is in Noirie's Spanish class, told a detective that she wanted to talk to Noirie about an email her mother received the night before about the student's behavior, according to a court document.

The girl told police that Noirie wouldn't speak with her without a third party because the student was "being hostile" toward the teacher. The student said she followed Noirie around the room, trying to get her to talk.

Noirie told the girl to sit down several times, but she didn't because she "wanted answers," the court document said.

The girl told police she accidentally stepped on the teacher's foot while following her around, and then bumped into her shoulder as she pushed past Noirie to leave the room.

Noirie "became enraged and struck the victim in the back of the head several times with a closed fist," according to the court document. Noirie then kicked the girl, "threw her to the ground, and continued to punch her."

After the two were separated, police said, "the student grabbed the teacher from behind and repeatedly struck her before once again being separated."