Maryland's among a handful of states that allow rapists parental rights. That's about to change 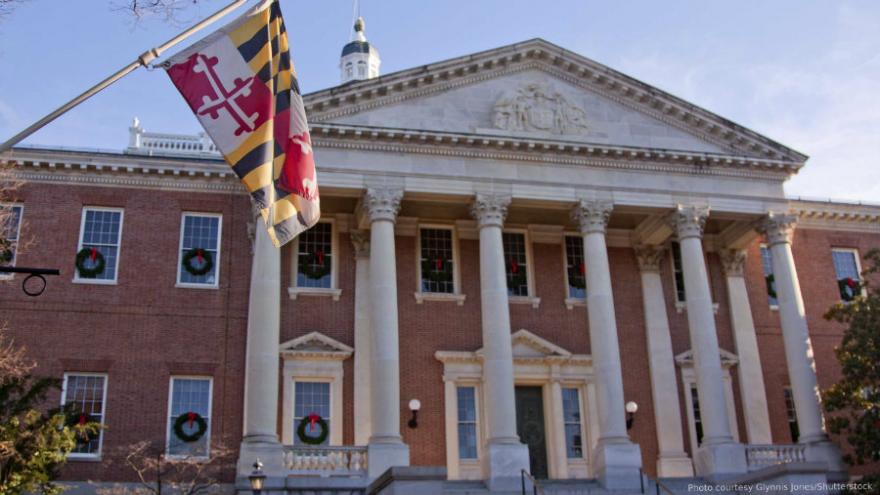 (CNN) -- Maryland lawmakers approved a bill that lets rape victims impregnated during an attack ask a judge to end their assailants' parental rights.

The Rape Survivor Family Protection Act unanimously passed both chambers of the General Assembly last week. It allows a victim to ask a court to terminate a rapist's parental rights, even if the attacker hasn't been convicted of the crime, as long as there's "clear and convincing evidence" of guilt.

Gov. Larry Hogan indicated in his state of the state address that he would sign the bill.

"No rapist should be allowed to maintain parental rights and no victim should be forced to interact with her attacker," Hogan said during the address last week. "I commend you for finally passing the Rape Survivor Family Protection Act, and I will sign it into law the moment it reaches my desk."

Kathleen M. Dumais of the House of Delegates has fought for the legislation to be passed since 2007.

"It has taken a long time to get this through and it's not a slam dunk, but It gives women access to the courts in these absolutely awful cases," says Dumais. "There are not a lot of women in this situation, but I'm very pleased that those that are now have an avenue in that did not exist before."

Prior to this legislation, women who had been raped and decided to keep the baby had to get consent from their rapists in order to give up the baby for adoption, or if they decided to raise the child their rapist could fight them for custody rights.

There were even cases where these men would use it as a bargaining chip to avoid criminal prosecution, said Dumais. "They would agree to give up their parental rights if the woman agreed not to press charges."

"It's going to be an amazing thing to see that our clients get through these cases, and we'll be able to do something to help," said Lisae Jordan, director of the Maryland Coalition Against Sexual Assault.

Until the bill's passage, Maryland was one of only a handful of states that still allow rapists to have parental rights. The others are New Mexico, Wyoming, North Dakota, Minnesota, Mississippi and Alabama. Mississippi currently has a bill being considered that if passed would make it possible to take away those rights.

Forty-three other states and the District of Columbia have legislation that offers at least some protection to prevent rape victims from facing their attackers over parental rights; eight of those laws were just adopted in 2016.

But these legislative protections vary greatly. In 20 states and Washington, D.C., a rape conviction is required before a victim can request termination of parental rights.

For advocates, this is a problematic barrier, since the majority of sexual assaults don't even make it to prosecution, according to the Bureau of Justice Statistics.

Between 2005 and 2010, just 36% of the nearly 300,000 annual average rape or sexual assault victimizations were reported to police, the bureau reports. Even when you look at both reported and unreported rapes during that time period, roughly 12% of victimizations resulted in arrests.

That means in nearly half the states that have legislation meant to prevent rapists from claiming parental rights, a victim is still vulnerable to having to face her attacker if there wasn't a conviction in her case -- and that's if she reported it and if it was prosecuted.