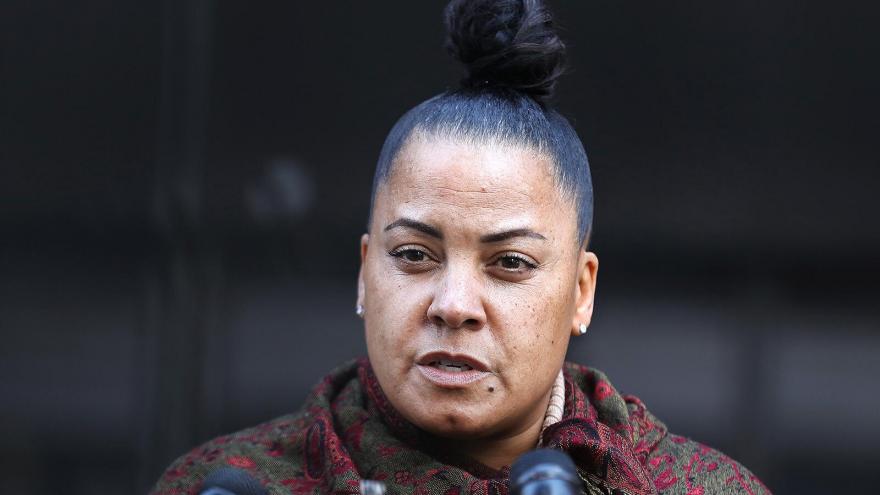 Suffolk County District Attorney Rachael Rollins, seen here in Boston on March 11, 2019, seeks to vacate thousands of drug convictions due to a "catastrophic failure of management."

(CNN) -- Thousands of people who had drug convictions in Suffolk County, Massachusetts, may soon see them vacated due to a "catastrophic failure of management," the county's district attorney Rachael Rollins said Monday.

The district attorney unveiled a plan in a court filing called the "Hinton Lab Initiative," aimed at vacating the drug convictions for all whose evidence certifications were done by the William A. Hinton State Lab between May 2003 and August 2012. The Initiative potentially impacts "tens of thousands of defendants," the DA said in a press release.

Rollins said it covers "a period of time in which either now disgraced chemist Annie Dookhan, or another convicted chemist Sonja Farak," worked there.

Dookhan was sentenced to prison in 2013 while Farak was convicted of tampering drug evidence in an Amherst, Massachusetts, state crime lab. Farak was not specifically charged with tampering evidence at Hinton.

The initiative will only focus on convictions for controlled substances, and will not extend to other charges in the same cases, the DA's office said.

"No defendant harmed in this ignominious chapter of Massachusetts law enforcement history should continue to bear the burden and be marked with the brand of the Commonwealth's extensive wrongdoing," Rollins' office wrote in the filing, obtained by The Boston Globe.

In 2012, then Governor Deval Patrick closed down Hinton and ordered the state's inspector general Glenn Cunha to review its operations. The investigation found that while Dookhan was the "sole bad actor," the lab's directors were "ill-suited to oversee a forensic drug lab, provided almost no supervision, were habitually unresponsive to chemists' complaints and suspicions, and severely downplayed Dookhan's major breach in chain-of-custody protocol upon discovering it."

Other officials like Middlesex County District Attorney Marian Ryan have since raised questions as to whether the investigation was adequate, pushing Governor Charlie Baker and Cunha to definitively state that Farak had not mishandled evidence during her time at Hinton.

State Supreme Court Justice Frank Gaziano similarly dismissed roughly 11,000 convictions tied to Farak in the wake of the scandal, according to estimates from the American Civil Liberties Union of Massachusetts.

Chemists at Hinton had analyzed and certified nearly 83,000 samples from Suffolk County during those nine years, according to the DA's office. While more than 7,800 of those cases were vacated, the initiative will review the approximately 74,800 remaining certifications, it said.

After sentences are vacated, Rollins said her office will move to expunge convictions and review cases where a Hinton Lab certification led to increased sentencing for other subsequent state or federal cases.

"After years of litigation, this is an important step toward restoring trust and faith in the criminal legal system. By working together with our courtroom partners, today we no longer rely on potentially falsified or fabricated evidence, and finally declare what we should have over a decade ago, that the abject and systemic mismanagement of the Hinton Lab has rendered anything produced there inherently suspect," Rollins said in a statement.

"Nearly a decade ago, CPCS and the defense bar argued that the scandals at our state drug labs were larger than initially reported, and we were right," Benedetti said in the statement. "We urge other district attorneys to follow DA Rollins' leadership, do the right thing, and finally put an end to this dark moment in the Massachusetts criminal legal system."