Massachusetts teen sentenced to life in prison in classmate's beheading 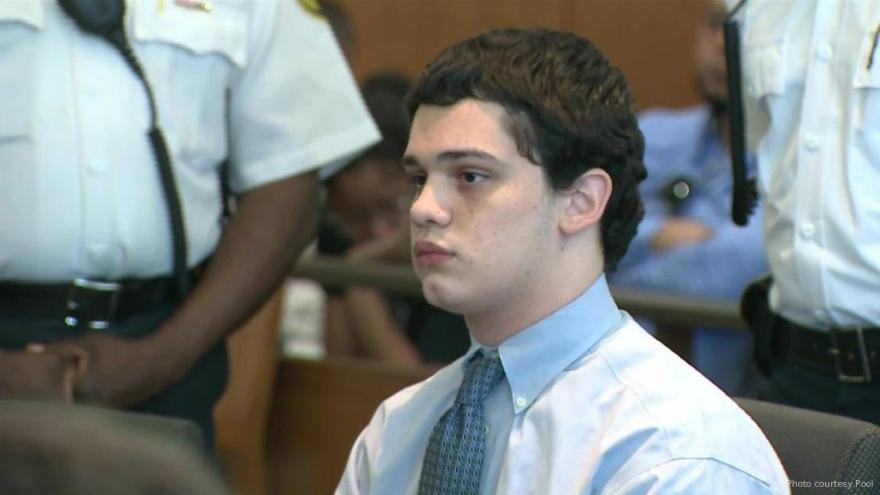 (CNN) -- A Massachusetts teen convicted of beheading a classmate nearly three years ago got life in prison on Tuesday.

It comes less than two months after a jury found him guilty of first-degree murder for the 2016 killing of then-16-year-old Lee Manuel Villoria-Paulino.

"There is no sentence I can impose that will bring back Lee Paulino, or that will answer the questions that we all have about how this happened, and how a 15-year-old boy could kill a friend in this manner," Kazanjian said Tuesday, calling the sentence "appropriate."

Borges, who was brought into the courtroom in handcuffs, maintained a stoic expression throughout the court proceeding, showing no apparent emotion when his sentence was being handed down.

Fifteen-years-old at the time of the murder, Borges will serve two life sentences concurrently. He will be eligible for parole after 30 years.

A grieving mother addresses the judge

Kazanjian delivered Borges' sentence after hearing tearful remarks from the mother of Paulino, saying that Borges "should never have the opportunity to kill again, to rob another person of their life."

"Every day we struggle with the fact that his life was cut too short," Paulino's mother said through tears. "We drove ourselves crazy trying to make sense of what had been done."

Several of Paulino's friends and family were present at court Tuesday, all wearing black T-shirts bearing an image of Paulino's face.

Edward Hayden, Borges' attorney, said that Borges should receive the possibility of parole after 25 years, arguing that Borges was a child at the time of the murder and has potential for rehabilitation.

"He is not irredeemably depraved. There is hope for his redemption. He can change his life," Hayden said.

Hayden did not immediately respond to CNN's request for further comment after the sentencing.

Paulino's body was discovered on the bank of the Merrimack River in December 2016, decapitated and missing his hands.

During the trial, the prosecution argued that Borges was jealous because Paulino had spent time with his girlfriend. Prosecutors said Borges distracted Paulino to get him out of his house while other teens robbed it, and then killed him.

CNN affiliate WCVB reported that medical examiners found 76 wounds on Paulino's body -- and that they were unable to determine whether particular wounds, including his beheading, took place before or after his death.