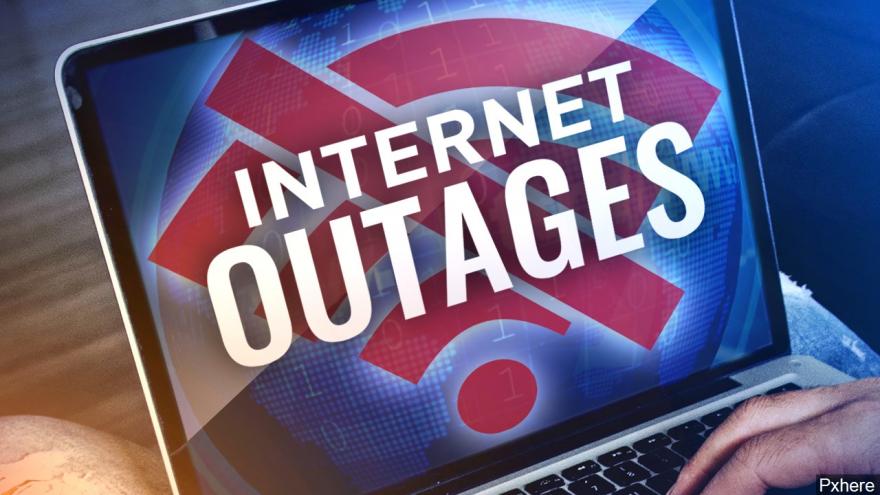 (CNN) -- Countless websites and apps around the world went down for about an hour Tuesday after Fastly, a major content delivery network, reported a widespread failure.

Other major internet platforms and sites including Amazon, Target, and the UK government website — Gov.uk — were affected.

The problem was caused by an outage at Fastly, a cloud service provider. The company said on its service status website (which was working) Tuesday morning it had identified the problem and fixed the issue. Service for sites and apps started to be restored a little after 7 a.m. ET, although Fastly said some customers may experience longer load times as a residual effect of the outage.

The outage affected dozens of countries across the Americas, Europe and Asia, as well as South Africa. Fastly said it had identified a service configuration that triggered disruptions across its servers around the world. The company has disabled that configuration.

Fastly helps improve load times for websites and provides other services to internet sites, apps and platforms — including a large global server network designed to smooth out traffic overloads that can bring down websites, such as a denial-of-service attack. But because Fastly provides a layer of support between internet companies and customers trying to access news sites, social media and other online platforms, when it goes down, access to those services can be blocked entirely.

When Fastly went down, it went down hard: Three-quarters of the traffic coming from Fastly disappeared at around 5:49 am ET, according to Doug Madory, director of internet analysis for Kentik, a cloud company that assists large companies with network problems. Traffic began returning at about 6:39 am ET.

Companies that operate on the internet can switch content delivery networks — and some appeared able to bypass Fastly's outage Tuesday morning. But that's not always an easy or quick proposition.

In August 2020, CenturyLink, an internet service provider that is supposed to keep websites up and running, was down itself for the better part of a day. That meant Cloudflare, Hulu, the PlayStation Network, Xbox Live, Feedly, Discord, and dozens of other services reported connectivity problems. When Cloudflare — a content delivery network like Fastly — went down, it took dozens of website and online services along with it.