McDonald's is changing its breakfast menu to draw more customers 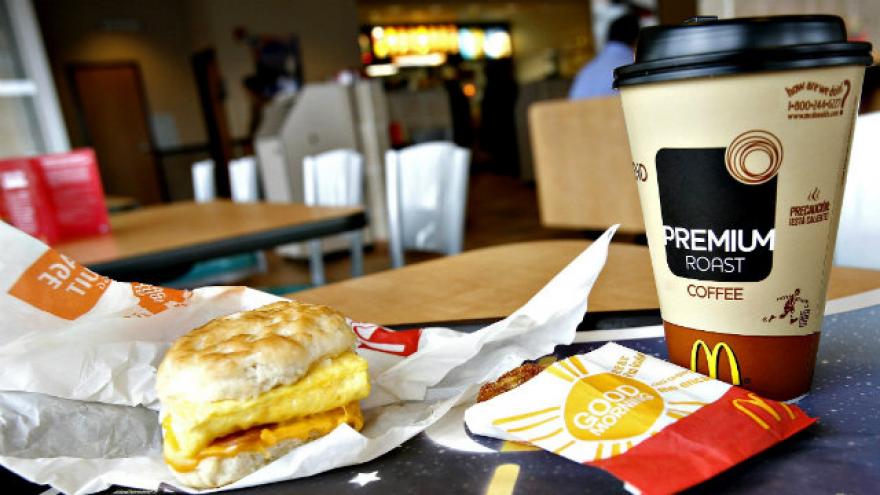 The company announced Tuesday that it would expand its breakfast menu. The new items, along with local deals and low prices, should help "win back customers at breakfast," said CFO Kevin Ozan during a call with analysts.

With the new items, McDonald's is aiming to reverse a troubling trend: American customers are eating elsewhere.

Sales in the United States grew by 2.4% in the third quarter, but that was mostly because people spent more. The number of American customers declined.

Over the past couple of years, McDonald's (MCD) has tried a number of different strategies to boost its US business. It put self-order kiosks in restaurants. It added new menu items. And McDonald's added delivery.

The company believes a revamped breakfast menu could help.

"It's very competitive out there at breakfast," said CEO Stephen Easterbrook. "We're still losing a little share ... it continues to be a battleground," he said. "We want to do better at breakfast."

McDonald's didn't offer details on what the new items will be.

In recent years, Taco Bell has found success with its breakfast offerings. The chain started serving breakfast in 2014 and now sells items like the naked egg taco, which has a fried egg for a shell. Dunkin' (DNKN), which offers a two-sandwich deal for breakfast, has also done well in the morning.

Competitors have upped their game and McDonald's may have "lost a little bit of ground" on breakfast over the past few years, said Morningstar analyst R.J. Hottovy.

McDonald's has already made some changes that may entice new US customers. It added $1 coffee and $1 breakfast sandwiches at some locations. Easterbrook said it's too soon to tell whether those efforts are paying off.

Hottovy thinks that McDonald's has a good shot at turning around its fortune.

"With a little bit of focus," he said, McDonald's "can get right back in."

Although McDonald's is struggling to win over customers for breakfast, it has used its popular breakfast items to drive growth in the past. Sales surged after McDonald's launched its all-day breakfast menu in 2015.