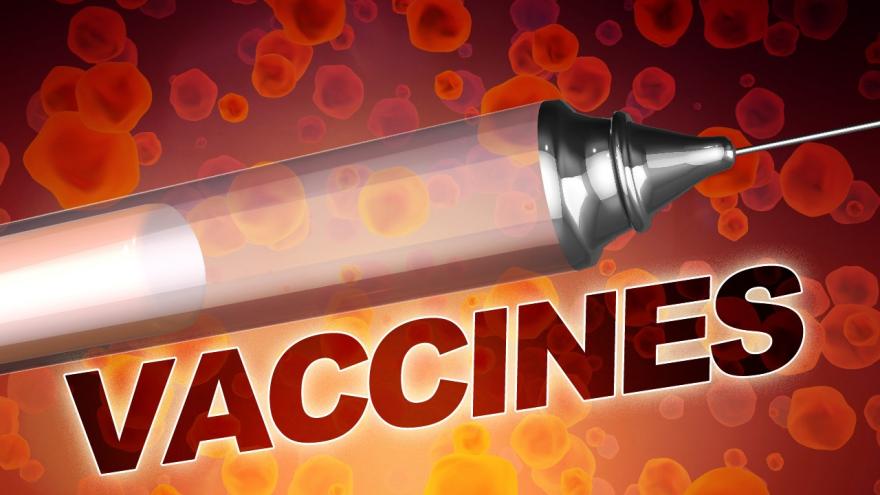 (CNN) -- Measles cases around the world surged 31% from 2016 to 2017, according to a new report jointly published by the World Health Organization and the US Centers for Disease Control and Prevention.

Measles outbreaks occurred in all regions, WHO said, because of gaps in vaccine coverage. There were an estimated 110,000 deaths due to measles in 2017.

"Since 2016, measles incidence has increased globally and in five of the six WHO regions," the report says, although this was in part because more countries reported on the virus.

The Western Pacific Region, which includes countries such as Australia and Japan, was the only region to report a decrease in cases from 2016 to 2017. It's also the only region to achieve and sustain 95% or greater coverage of the first dose of the measles vaccine since 2006.

Measles, a viral illness, can be prevented through two doses of a vaccine, and measles vaccination prevented an estimated 21.1 million deaths from 2000 to 2017, according to the report.

Vaccine coverage increased globally from an estimated 72% to 85% from 2000 to 2017, according to the report, but that's far short of the 95% needed to prevent outbreaks. Coverage for the first vaccine "has stagnated for nearly a decade," the report said.

Estimated coverage of the second dose of the measles vaccine increased globally from 15% in 2000 to 67% in 2017, the report said.

In 2017, the European Region declared "the reestablishment of endemic measles virus transmission in the Russian Federation and in Germany," even though it had verified elimination in 37 other countries.

"The measles resurgence in Europe has likely led to reestablished endemic measles in some EUR countries," the report says.

Dr. Seth Berkley, CEO of Gavi, the Vaccine Alliance, said in a statement, "The increase in measles cases is deeply concerning, but not surprising. Complacency about the disease and the spread of falsehoods about the vaccine in Europe, a collapsing health system in Venezuela and pockets of fragility and low immunization coverage in Africa are combining to bring about a global resurgence of measles after years of progress.

"Existing strategies need to change: more effort needs to go into increasing routine immunization coverage and strengthening health systems. Otherwise we will continue chasing one outbreak after another."