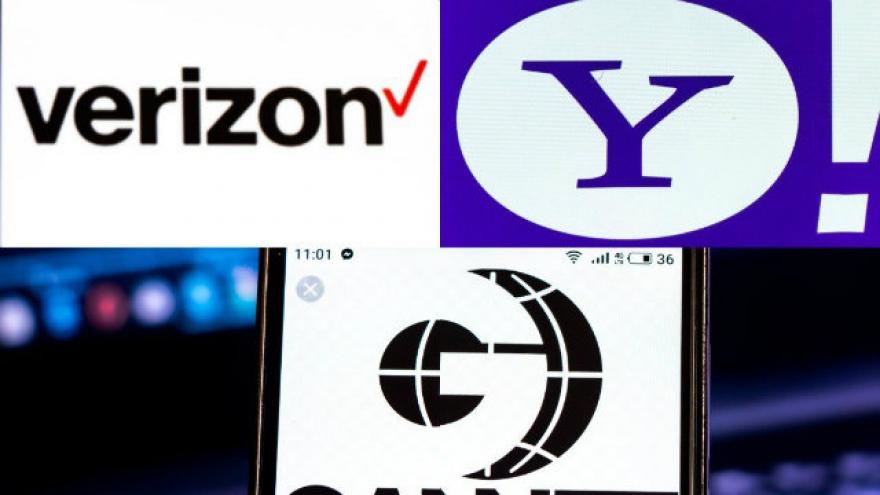 About a decade ago, traditional news organizations faced an emerging threat from a host of digital upstarts, outlets that provided the news immediately, online and for free. Today, a new threat seemingly looms over the entire industry, as one reckoning after another comes for both print and digital shops alike. Photo courtesy Getty Images

(CNN) -- About a decade ago, traditional news organizations faced an emerging threat from a host of digital upstarts, outlets that provided the news immediately, online and for free. Today, a new threat seemingly looms over the entire industry, as one reckoning after another comes for both print and digital shops alike.

This week reaffirmed just how dire things have gotten within the industry, with about 1,000 jobs in media lost as the result of layoffs announced at BuzzFeed, HuffPost and Gannett — the nation's largest newspaper chain.

BuzzFeed announced Wednesday that it would lay off 15% of its workforce, or about 220 employees; Verizon announced it would cut 7% or approximately 800 jobs from its media division, which includes brands like HuffPost, AOL and Yahoo News; and Gannett slashed dozens of jobs at newspapers across the country.

The severity of the cuts at Gannett came to light through various media reports and as journalists who were laid off tweeted out the news. The Poynter Institute's website, which in part provides news coverage of the journalism industry, noted in a story that "the cuts were not minor" and affected well-known journalists, including a 1993 Pulitzer Prize winning cartoonist.

On Thursday, some HuffPost employees who had been let go also shared their stories on Twitter. Among those affected was Jason Cherkis, a reporter who was a finalist for a Pulitzer in 2016. Bryan Maygers, the head of opinion at HuffPost, said he was told the site's "opinion section is no more."

Staffers at BuzzFeed will have to wait until next week to learn their fate.

Each case has unique characteristics, but the root causes are the same. The layoffs come during a turbulent time in digital media, and the journalism industry as a whole.

Media companies have struggled in recent years to grapple with declining advertising revenue that has been eaten up by technological giants like Facebook and Google.

Some news organizations have also been affected by dwindling web referrals from Facebook, which altered its algorithm in 2016 to favor user-generated content after having once served as a firehose of traffic for publishers.

Additionally, as digital media companies like BuzzFeed have tried to weather the storm that is wreaking havoc on the industry, they have been under increasing pressure from venture capitalists, who have provided sizable rounds of funding, to deliver results.

In his note to staff, Jonah Peretti, BuzzFeed's co-founder and chief executive, referenced the difficult news environment. He said the company was restructuring to put it on "firm foundation" to deal with the "evolving economics of digital platforms."

A Verizon Media spokesperson echoed that sentiment, saying in a statement that the layoffs were part of a "strategic step toward better execution of our plans for growth and innovation into the future."

For print publications, like the more than 100 papers owned by Gannett, those ad dollars began to drop as readers increasingly got their news on the internet.

Instead of waiting for the next day's newspaper or the evening news, suddenly consumers could venture online to read about the day's top stories on websites like HuffPost, which was founded in 2005 and offered news for free to anyone with an internet connection.

Some established print publications with a built-up pedigree like The New York Times have been able to mitigate these trends with paywalls. But smaller, local publications like those owned by Gannett have been unable to adapt.

The shift in news consumption made digital outlets profitable in the eyes of venture capitalists, who showered various online startups with cash. One such digital darling was BuzzFeed, which was launched in 2006 by Peretti, a HuffPost co-founder.

BuzzFeed became wildly popular with its clever exploitation of Facebook's algorithm and its constant spigot of viral content. About six years after it launched, BuzzFeed was empowered enough to venture into the journalism business with its own news division.

BuzzFeed News has indeed established itself as a high-profile newsroom, churning out a number of high-prized scoops in recent years. But this week's layoffs exposed the company's own vulnerabilities, as it suffered the same fate as other digital outlets that have struggled to compete with Facebook and Google for advertising dollars.

Last year, Peretti even floated the possibility of consolidating with other digital brands in an effort to combat the advantages enjoyed by those tech giants — a sign that news media's food chain has been upended once again.