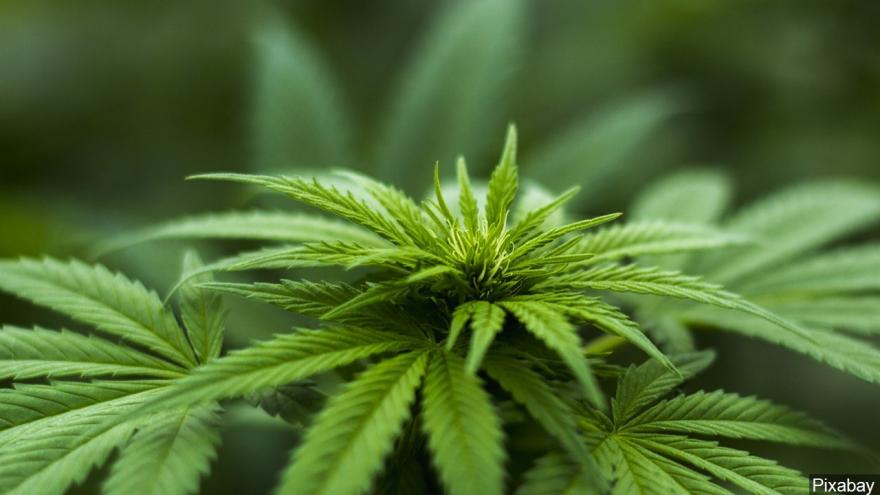 DETROIT, Mich. (WXYZ) – A metro Detroit man who was a pioneer in the medical marijuana business is behind bars, serving more than 5 years, in a case that has some asking if he was the victim of selective prosecution, or if his time behind bars is an appropriate punishment for criminal activity.

His family, his attorney and his peers all believe he's being singled out for what others are still getting away with right now.

Rudi Gammo was sentenced to 5 1/2 years in prison. Supporters say that's longer than some child molesters, who have gotten out in 3 years or less.

"My husband is everything for us, everything. He is the head of the family and he support us on everything no matter what it is," his wife Vida says. "My kids probably going to be 10 years old when he come home. I just want a little bit of mercy. because my kids and me and my whole family needs him, need him back."

Vida says Rudi got into the medical marijuana business years ago, working at the job as if it were his duty, using his Green Cross on 8 Mile to help those who were hurting.

Despite everything, the family says they don't regret the decision.

The Cannabis Legal Group and their principal attorney Barton Morris have stepped up to help.

"Rudi is one of the first people to be provided a medical marijuana dispensary in the city of Detroit, that was permitted by the city," Morris says. "It's my goal to see to it that he is released from prison, and his justice has been restored."

Here's how Morris breaks down the case: "Here's the thing they were prosecuting him as a continual criminal enterprise. right. because Rudi has all these homes. Allowing people to grow marijuana in buildings that he owned to service the community. All the marijuana is being grown and being sold at the dispensary. He's doing nothing different than what all these other dispensaries are doing."

Morris says that's how most medical marijuana business is done in metro Detroit - at least for now.

"For the last several years medical marijuana dispensaries in the state of Michigan in the city of Detroit but all over the state have been getting their marijuana from overages from caregivers," Morris says. "So, they're being distributed to dispensaries all over the state. so that's what Rudi was doing so he was just one of the few individuals that was prosecuted for it and eventually jailed for it."

So, is this a case of selective prosecution or the perfect punishment for the crime?

"Up until now, there has been no uniformity, there's been some people prosecuted it and others not. And people like Rudi Gammo, individuals that are really trying to provide a service that our society wants and needs," Morris says. "Our society has said marijuana should be legal, so we should not be jailing people for it, especially non-violent offenders, that are trying to do within the parameters of this gray area, that we're in the process of right now. These individuals shouldn't be penalized especially when the laws are going to change."