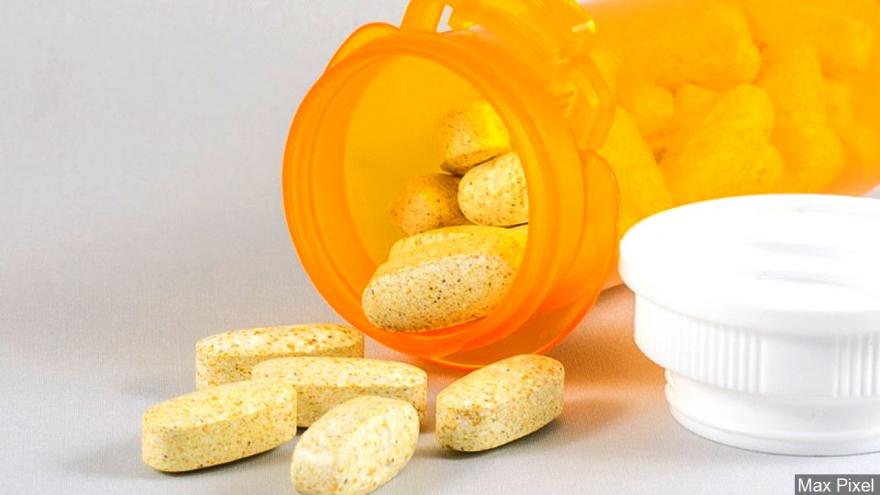 MIAMI (AP) — Ivette Naida says keeping tabs on her HIV medication can be a daunting task.

Naida lives underneath a Miami highway overpass with several other homeless men and women. She has no safe place to keep her belongings.

HIV-positive people who live on the streets are less likely to be successful in suppressing the virus with medication, according to a 2017 National Institute of Health study and the U.S. Department of Health and Human Services. One reason, health experts say, is that they usually carry all their belongings with them every day, and their medicine, valued at hundreds of dollars per prescription bottle, is often lost or stolen as they navigate life on the streets.

"The main thing that you worry about out here is people stealing your stuff," says Nadia, 33, who was diagnosed with the virus more than a decade ago; she says she contracted it as the result of using illegal injected drugs.

A University of Miami-sponsored program called the IDEA Exchange has begun providing infected homeless people with medication lockers: secure locations where participants' prescriptions are stored. They can pick up their medicine from the lockers at a converted shipping container office in Miami, or have social workers deliver a few days' worth of the medicine to them. Smaller quantities are easier to safeguard. Prescriptions are paid for by Medicaid or a federal drug assistance program for low-income people living with HIV.

The Miami initiative began in 2018 after an HIV outbreak among the city's homeless, says Dr. Hansel Tookes, a University of Miami physician who leads the program. An unprecedented number of homeless people were entering the health system, and a key problem for them was losing track of their possessions, Tookes says. Medication lockers help "avoid hiccups" as health professionals attempt to stabilize the situation, he says.

Elisha Ekowo, a social worker who leads the program's outreach team, says preventing the spread of HIV is a top priority. She notes that if those infected are able to suppress it, there is less of a chance they'll give it to someone else.

The program claims a 100% viral suppression rate among its 13 participants, an accomplishment considering Florida has the highest rate of new HIV diagnoses in the nation, according to the Centers for Disease Control and Prevention. Of the nearly 28,000 people living with HIV in Miami-Dade County, 58% are virally suppressed, Florida Department Health data shows.

Another benefit of the program is that participants, who often have low self-confidence or little emotional support from their families, can develop self-reliance skills while staying on top of their health, Ekowo says.

Michael Ferraro says the IDEA Exchange has been vital to his recovery, and he calls staff members his "angels." Although he is no longer homeless, the 52-year-old former heroin addict still uses his medication locker. Not long ago he was sleeping behind a Taco Bell, where Exchange staff hand-delivered his prescription once a week.

"It was unheard of," says Ferraro, who was estranged from his family at the time. "I was still running around getting high, but they made sure I got my meds." They stuck by him, and he eventually agreed to enter rehabilitation. He now has permanent housing.

On a recent afternoon, Ferraro picked up a three-day supply of his medication, gave Ekowo a hug and rode off on his bicycle.

In an interview at her "home" under a shadowy overpass, Naida says the ability to consistently take her pills with the program's support has given her a new sense of pride. She had previously gone 10 years without taking her meds.

Ekowo and her partner, Chevel Collington, drive here once a week to deliver Naida's pills, along with other supplies. The gregarious social workers also remind Naida of upcoming medical appointments and offer sincere words of encouragement.

The program "gives me something to be responsible for," Naida says.