Meet the country's most heroic canine, a Chihuahua that weighs only 4 pounds 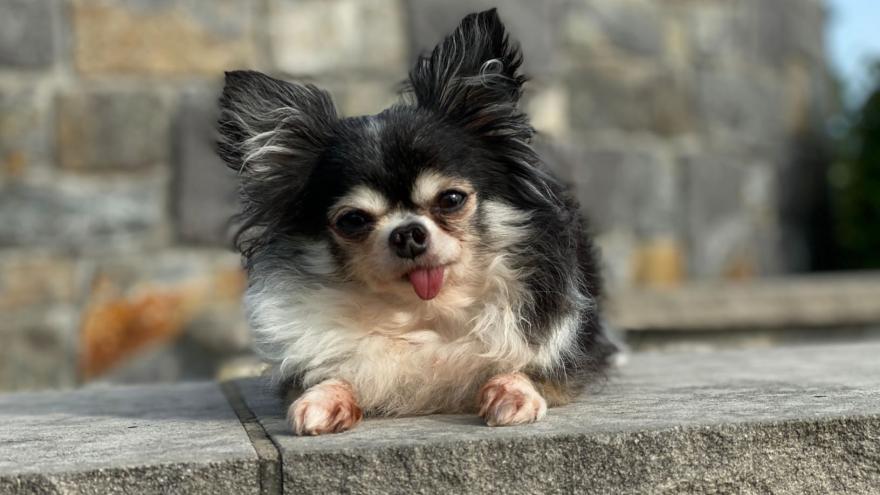 (CNN) -- Sometimes, the smallest things can make the biggest impact.

A 4-pound Chihuahua named MacKenzie proved that to be the case after beating more than 400 dogs to win the title of "the country's most heroic canine," according to the non-profit organization American Humane.

MacKenzie was presented the award at the annual American Humane Hero Dog Awards hosted by Carson Kressley on the Hallmark Channel last week. After deliberations from a panel of celebrity animal lovers and more than 1 million votes cast by the American public, MacKenzie was crowned the winner.

"The American Humane Hero Dog Awards were created to honor some of the world's most extraordinary heroes," said Dr. Robin Ganzert, president and CEO of American Humane. "These heroic canines have gone above and beyond the call of duty... reminding us of the powerful, age-old bond between animals and people."

What makes this little pup so heroic?

MacKenzie was born in Hilton, New York, with a cleft palate and spent the first year of her life being fed through a tube and battling several bouts of pneumonia.

After overcoming her health challenges, MacKenzie now works with The Mia Foundation, a non-profit in Rochester, New York, that rescues and nurtures animals born with birth defects who cannot physically be with their mothers.

Her official job is "to provide love and care for baby rescue animals born with birth defects," according to American Humane.

"MacKenzie takes an interest in each baby (animal) from day one ... she plays nurse and cleans, comforts, and cuddles them," the release says. "She acts as their mother and teaches them how to socialize, play, and have good manners."

As if this wasn't enough, MacKenzie also works with children at schools, teaching them to be open-minded toward animals and people with physical differences.