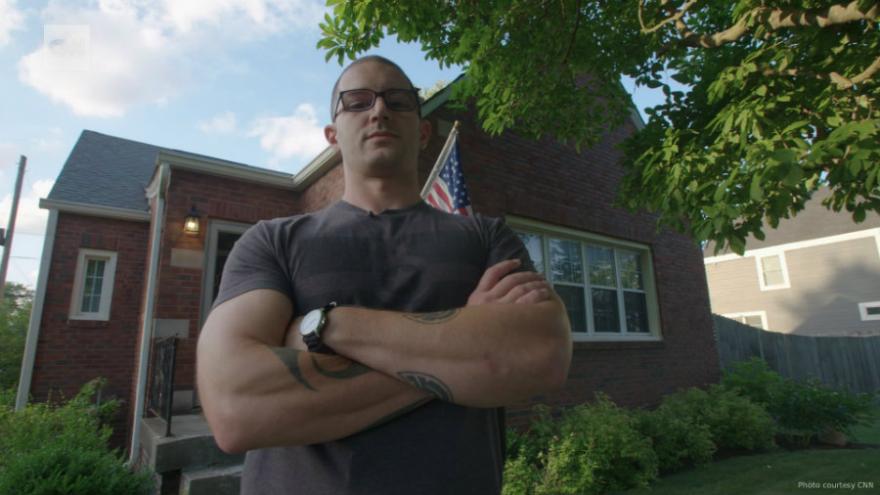 (CNN) -- When it comes to hobbies, Josh Russell concedes he gets a little obsessive. No matter his interest, be it videogames or miniature figurine board games, he always wants to be the best. Perhaps that explains the dedication he's shown to his latest pastime: Hunting Russian trolls.

By day, the 39-year-old father of two works as a systems analyst and programmer at Indiana University. Once the kids are tucked in, he spends hours scouring social media to unmask the operatives behind the disinformation campaigns roiling Facebook, Twitter, and other platforms.

Russell is part of a growing network of online sleuths using public information to conduct open source investigations into Russian accounts posing as Americans. Officially, their work is called open-source intelligence, or OSINT, and it often identifies trolls before the platforms do. Russell's work in particular has helped journalists at CNN, NBC News, The Daily Beast, and other outlets cut through the lies and disinformation.

"My main motivation is to kind of help people understand what happened," Russell says. "Just documenting what happened and that what different bots may have been up to on Twitter, so people can see and look at the data for themselves and maybe think, 'I've been consuming this disinformation and maybe I should stop."

Russell's interest in troll hunting started in the waning weeks of the 2016 presidential campaign, when he started investigating some of the most slanderous lies circulating online about Hillary Clinton. He'd been leaning toward voting for Donald Trump, but realized he could not find any evidence supporting some of the most outlandish allegations against Clinton circulating on Twitter.

"I had been consuming alt-right news for three or four years without knowing," he says. "Someone had been lying to me."

That got him thinking about how people's perceptions of the world, and their decisions about whom to vote for, can be shaped by what they see online.

That interest deepened a few months later when, in January 2017, the United States intelligence community released a report stating that Russia used an aggressive social media campaign to sow discord and interfere in the in the 2016 US presidential election.

Authorities later revealed that a Kremlin-backed organization called the Internet Research Agency (IRA) played a key role in that effort. CNN and other news organizations began unmasking networks of pages on Facebook, Twitter and other platforms run by the IRA; the pages were designed to look like they were created and run by American citizens. In some cases, the Russian trolls even created and promoted real-world protests throughout the US.

As journalists started outing Russian accounts, Russell began digging. In one example of his tenacious sleuthing, Russell dove into a CNN report about a group called "Blacktivist," a Facebook page designed to look like it was run by Black Lives Matter but actually run by the Internet Research Agency.

Poring over "Blacktivist" posts on Facebook, Russell found more suspicious accounts. His "collector's curiosity" led him to begin listing them and diligently document anything suspect. He searched for patterns in the posts of confirmed Russian accounts, examining the sites they link to most often and the hashtags and accounts they retweet. That led him down a rabbit hole of additional websites, accounts, and social media platforms.

Russell's tenacity often reveals trolls that others miss. In November, when Twitter gave Congress a list of thousands of accounts it identified as being run by the IRA, Russell identified dozens of others that Twitter had overlooked. He posted the list to Reddit. A few months later, when Twitter provided an updated accounting of IRA trolls on the platform, many of those accounts appeared on it.

Like other amateur troll hunters, Russell posts his findings as soon as he's made them. But without sources at the big tech companies or within the intelligence community, Russell can't always be sure of his work. In those cases, he often turns to journalists. His emails are a familiar sight in the inboxes of reporters at several news organizations, including CNN.

Occasionally reporters get a tip from someone else, or independently discover a suspected Russian account and start digging -- only to find that Russell already has posted extensive notes about the account to his Reddit and Twitter pages.

Russell finds himself excited by the hunt, and says he's been known to spend as many as eight hours a day digging into Russia's ongoing disinformation campaign. He'll often squeeze in a few hours before his kids, who are 4 and 11, wake up, and resume the search after they go to bed.

Chasing trolls has made Russell a target of his own quarry. He says his wife, although supportive of his work, "gets nervous sometimes because I've got death threats and stuff like that."

Russell isn't worried. Such threats usually come through a private message, and he has a ready reply: "I usually snap a photo of my gun."