Meghan and Harry are expecting a second child 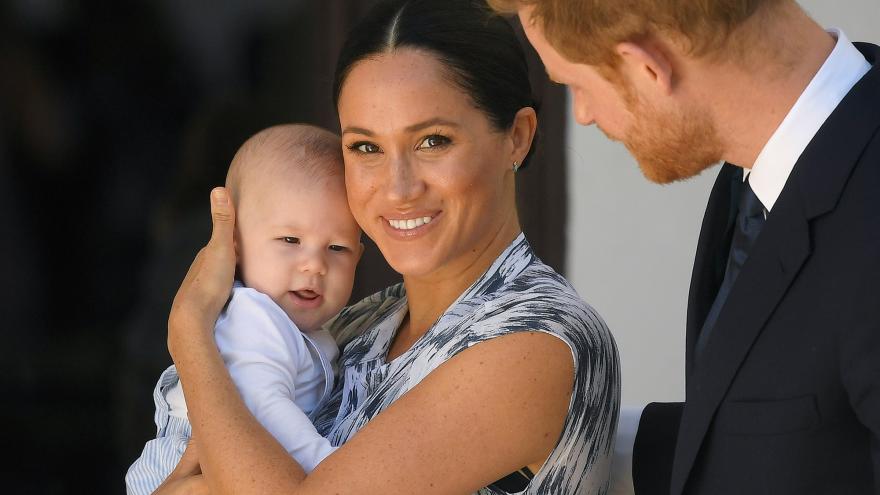 Meghan Markle is pregnant with her second child, a spokesperson for the Duke and Duchess of Sussex confirmed to CNN on Sunday. Prince Harry, Meghan and their baby son Archie are pictured here in South Africa on September 25, 2019 in Cape Town. - Toby Melville/Pool/Getty Images

(CNN) -- Prince Harry and Meghan, the Duchess of Sussex, are expecting an addition to their family.

Meghan is pregnant with their second child, a spokesperson for the Duke and Duchess of Sussex confirmed to CNN on Sunday. The couple's son, Archie, is 19 months.

"We can confirm that Archie is going to be a big brother," the spokesperson said. "The Duke and Duchess of Sussex are overjoyed to be expecting their second child."

The announcement comes almost exactly 37 years after Prince Charles and Princess Diana announced they were expecting their second child, which happened to be Prince Harry.

A source close to Harry and Meghan said the couple told their families in advance of releasing the news publicly Sunday.

The couple's announcement came with a black-and-white photo showing the pair smiling joyfully at each other while seated outside in the grass, with Meghan having a visible baby bump.

In December, Harry and Meghan released a family Christmas card featuring Archie in his first public image in months.

The image, which appeared to be an illustration, was the first glimpse of Archie since his first birthday in May. Harry and Meghan have been fiercely protective of Archie's privacy and filed suit in July over paparazzi photos of him.

The couple announced in November that Meghan suffered a miscarriage over the summer.

Harry and Meghan stepped back from their roles as members of the British royal family at the beginning of last year and relocated to Santa Barbara, California, in July.