Meghan, Duchess of Sussex, returns to Canada after bombshell announcement 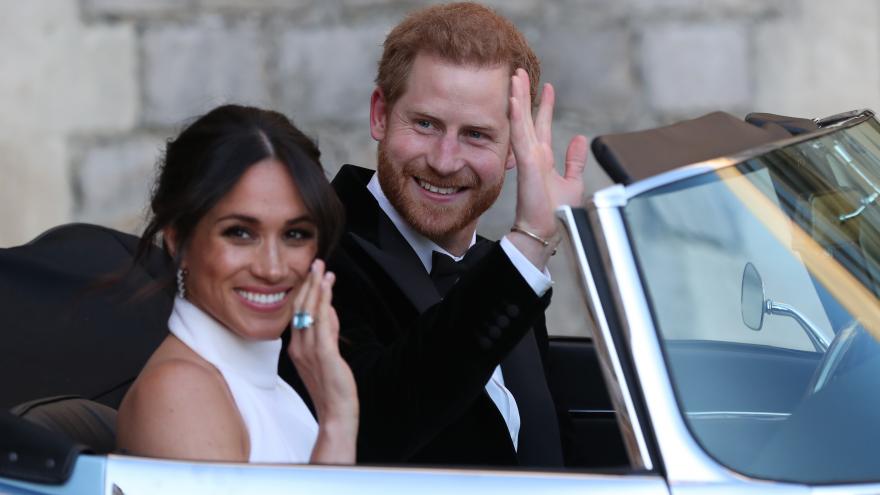 (CNN) -- The Duchess of Sussex has returned to Canada after she and Prince Harry announced they were "stepping back" as senior members of Britain's royal family, a spokesperson for the couple told CNN.

Prince Harry remains in the UK but is unlikely to be seen in public until Thursday, when he is due to carry out the draw for the Rugby League World Cup in 2021, according to PA Media.

The couple recently returned from Canada, where they spent the Christmas holidays with the duchess' mother, Doria Ragland.

"The Duke and Duchess have a strong connection to Canada. It's a country The Duke of Sussex has visited many times over the years and it was also home to The Duchess for seven years before she became a member of The Royal Family," the royals said on their Instagram page, Sussex Royal, on Wednesday.

Last week the couple announced they plan to "transition into a new working model" and become "financially independent" after stepping back from their roles as senior members of the British royal family.

There was said to be a mood of deep disappointment in the palace following the announcement, and senior members of the family are hurt as a result of the news.

Meghan and Harry's desire to become "financially independent" has also sparked questions as to how they will be able to do this.

The pair published detailed documents outlining the structure and funding of their household, which revealed they receive 5% of their income from the Sovereign Grant -- a lump sum of UK taxpayers' money given to the Queen every year -- and 95% from the Duchy of Cornwall, the private estate controlled by Prince Charles, Harry's father.

Media reports have suggested that Meghan was independently worth around $5 million before she married Harry, who inherited millions from his mother Princess Diana.

However UK newspaper The Times reports that Charles may withdraw funding from the couple if they completely withdraw from their royal duties.

Observers say the couple are unlikely to struggle for money and could generate income from a UK trademark for their brand 'Sussex Royal," which the couple applied for in June, as well as sponsorship or speaking tours.

Last Tuesday the couple attended an event with Janice Charette, High Commissioner of Canada to the UK, at Canada House.

Meghan and Harry wanted to meet with Charette "as well as staff to thank them for the warm Canadian hospitality and support they received during their recent stay in Canada," according to a statement from Buckingham Palace.

This story has been updated to correct the day when the royal couple met the Canadian High Commissioner to the UK.