Meghan, Duchess of Sussex, to team up with Michelle Obama's voter registration group 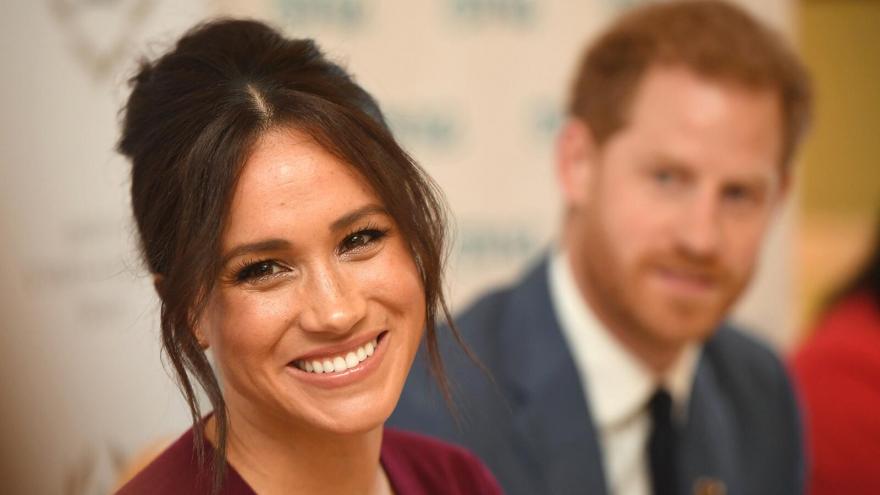 Meghan, Duchess of Sussex and Prince Harry, Duke of Sussex attend a roundtable discussion on gender equality with The Queens Commonwealth Trust (QCT) and One Young World at Windsor Castle on October 25, 2019 in Windsor, England.

(CNN) -- Meghan, Duchess of Sussex, is teaming up with Michelle Obama's voter registration group in celebration of the 100th anniversary of 19th Amendment, which gave American women the right to vote.

The organization, When We All Vote, which identifies itself as nonpartisan, strives to decrease the race and age gap in voter participation. It's aiming to reach 300,000 eligible women voters in a virtual "Couch Party," in which the Duchess will participate along with former Obama White House senior adviser Valerie Jarrett, Glamour magazine editor Samantha Barry and actress Yvette Nicole Brown.

The Duchess' involvement is especially notable because even junior royals are expected to avoid accusations of political interference so as not to embarrass the monarchy by association, and Harry remains in the line of succession. But a key reason they decided earlier this year to step back from their senior roles was so they could allow themselves more freedom.

When We All Vote's "Week of Action" emphasizes the role that women of color have played in securing women's right to vote since the passage of the 19th Amendment and the role they continue to play in voting access.

"Our speakers all share our passion for every woman being able to make her voice heard in our elections, and we know they will get our volunteers fired up to join our mission of increasing participation in every election," the group said.

The Duchess, who retained her US citizenship even after marrying Harry, has previously commented on political matters -- in 2016, she described then-candidate Donald Trump as "divisive" and misogynistic" during an appearance on "The Nightly Show" with Larry Wilmore -- but, per royal protocol, she stopped expressing political views after her wedding in 2018. She told Marie Claire earlier this month she plans on voting in November.

Since Meghan and Harry resigned, she's also spoken out on a wide range of issues which touch on politics, including Black Lives Matter, telling the graduating class of her former Los Angeles high school in June that what was happening in the United States following the death of George Floyd was "absolutely devastating."

"The only wrong thing to say is to say nothing," she said then.