Meghan, Duchess of Sussex, wins privacy claim against newspaper over letter to her father 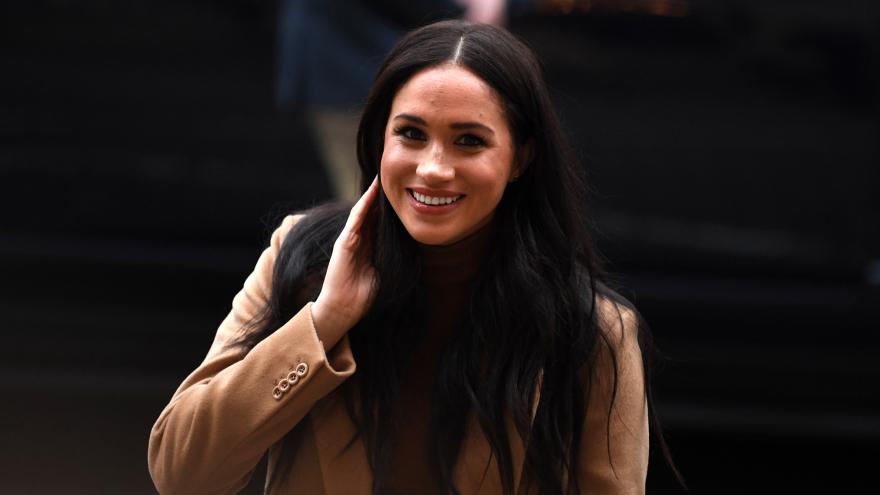 (CNN) -- Meghan, Duchess of Sussex, has won a privacy claim in her case against a tabloid newspaper that published a handwritten letter to her estranged father, Thomas Markle.

The judge in the case issued a summary judgement, which will avoid a full trial.

Markle sued newspaper publisher Associated Newspapers Limited after the group's tabloid, the Mail on Sunday, printed portions of a handwritten letter that she had sent to her father, Thomas Markle, in 2018.

The judge ruled that "the disclosures were manifestly excessive and hence unlawful," and that there would be "no prospect that a different judgment would be reached after a trial."

"She enjoyed a reasonable expectation that the contents would remain private and not be published to the world at large by a national newspaper; the defendant's conduct in publishing the contents of the letter was a misuse of her private information," Justice Mark Warby wrote.

The Mail on Sunday and Associated Newspapers previously said they stood by the decision to publish excerpts from the letter and would defend the case vigorously.

Meghan welcomed the ruling in a statement that was scathingly critical of the tabloid. "After two long years of pursuing litigation, I am grateful to the courts for holding Associated Newspapers and The Mail on Sunday to account for their illegal and dehumanizing practices," she said.

"These tactics (and those of their sister publications MailOnline and the Daily Mail) are not new; in fact, they've been going on for far too long without consequence.

"For these outlets, it's a game. For me and so many others, it's real life, real relationships, and very real sadness. The damage they have done and continue to do runs deep," Meghan said.

Meghan thanked her legal team, family and supporters, adding: "We all lose when misinformation sells more than truth, when moral exploitation sells more than decency, and when companies create their business model to profit from people's pain. But for today, with this comprehensive win on both privacy and copyright, we have all won."

Although Markle claimed a wide-ranging victory, some issues pertaining to the copyright case and damages for that case are still expected to go to trial later this year. Another hearing to decide matters related to the case and outline next steps will take place on March 2, but the summary judgment means the privacy aspects of the case have been decided and will not be put to trial.

The case centers on the paper's publication of a handwritten letter from Meghan to her father, sent shortly after she and Prince Harry got married in May 2018.

According to that publication, Meghan had complained to her father that he had ignored many of her attempts to make contact, telling him his actions had "broken my heart into a million pieces."

The original article in the Mail on Sunday also included claims from Thomas Markle that he had reached out "multiple times" in an attempt to patch things up.

Documents filed on behalf of the duchess as part of the case showed that her husband, Prince Harry, pleaded with his soon-to-be father-in-law to stop speaking to the press before the wedding.

Meghan is seeking damages for misuse of private information, copyright infringement, and breach of the Data Protection Act 2018.

Along with Prince Harry, Meghan has long been critical of the British tabloid media. Earlier this month Prince Harry settled a separate legal dispute with the Mail on Sunday and the MailOnline, accepting what his legal team called "significant damages" over an article alleging he had turned his back on the Royal Marines.