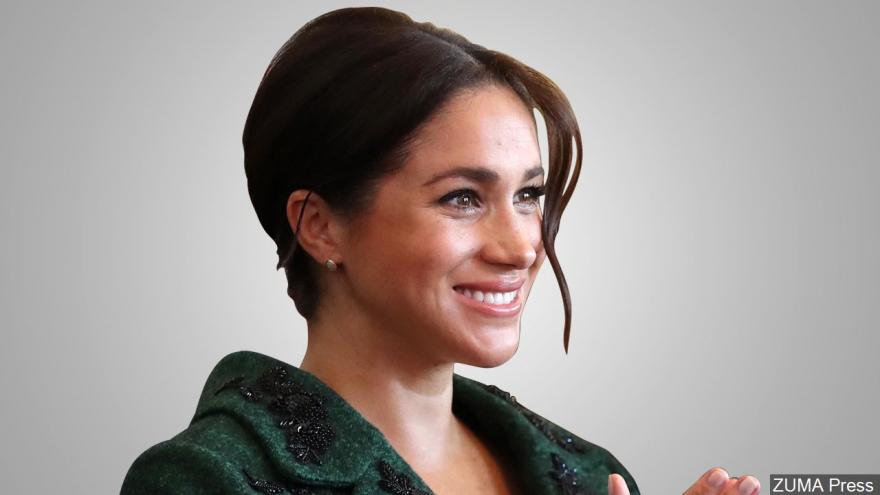 First reported by British newspaper The Sun, the Palace said the duchess, who is touring southern Africa with her husband Prince Harry, had "closely followed the tragic story" and wanted to make the pilgrimage privately as a "personal gesture."

The 19-year-old, a student at the university of Cape Town, was raped and murdered in August.

The brutal crime sparked widespread outrage in South Africa and once again highlighted the issue of femicide in the country.

A post on the official Sussex Royal Instagram said Meghan tied a ribbon to where Mrwetyana was murdered and spoke to the student's mother to relay both hers and Prince Harry's condolences. It added that visiting the site "was personally important to The Duchess."

"Uyinene's death has mobilized people across South Africa in the fight against gender based violence, and is seen as a critical point in the future of women's rights in South Africa," the post said.

"The Duchess has taken private visits and meetings over the last two days to deepen her understanding of the current situation and continue to advocate for the rights of women and girls."

Earlier this week Meghan publicly addressed the issue of gender-based violence at the couple's first engagement in Nyanga township, where they met members of a local initiative who educate children about their rights and empower young girls through self-defense classes.

The duchess told a crowd at the township on Monday: "My husband and I have been closely following what you've been experiencing here -- as best we can from afar. But now that we are with you, we are eager to learn and see first-hand the work that you're doing, the vital work that you're doing, and that everything that is being done on the ground is making the great change that you not only need but that you deserve."

According to Britain's PA news agency, a 42-year-old post office employee has been arrested over the murder.

As news of Meghan's visit emerged Saturday, her husband Harry was in the Angolan capital of Luanda for a meeting with President João Manuel Gonçalves Lourenço. The prince will later visit Born Free to Shine, a project backed the Angolan first lady that focuses on prevention of HIV/AIDS transmission from mothers to babies.