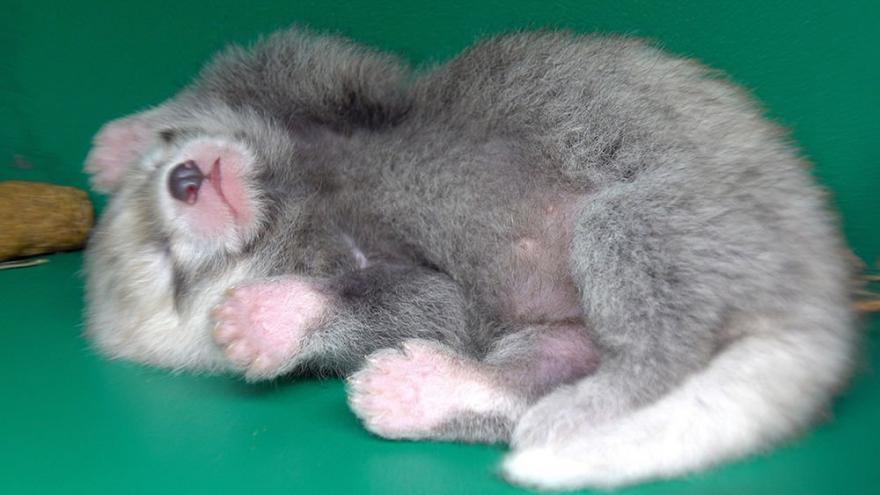 The zoo announced the cub’s birth Wednesday morning. The cub was born June 18 and currently weighs about half a pound.

The proud red panda parents are Mei Mei and Moshu. Mei Mei and her baby are doing well in their behind-the-scenes maternity den, according to zoo animal-care staff.

“We’re very happy for Mei Mei, and it’s terrific to see her taking such good care of her baby,” said animal curator Amy Cutting, who oversees the zoo’s red panda area. “There’s still a lot that could happen, so we’re being cautious and giving her as much privacy as possible. So far she seems to be doing just fine.”

The zoo says red panda cubs are born blind. Cubs typically open their eyes after a few weeks, and they don’t usually leave their maternity den until a few months after birth. The zoo said animal-care staff are taking a hands-off approach by monitoring Mei Mei and her cub via a surveillance camera to make sure all is going well.

“We’ll be watching closely,” Cutting said. “The first few weeks are especially important. Our staff is dedicated to giving Mei Mei everything she needs to be a successful mom. So far, she’s doing great on her own, and the fact that she’s successfully raised cubs in the past is encouraging.”

Mei Mei and Moshu are now parents for the third time. They welcomed two cubs at the Nashville Zoo in 2017.

The pair have been residents of the Oregon Zoo since last year when they moved from Nashville on a recommendation from the AZA’s Species Survival Plan for red pandas.

The zoo did not release the cub’s name or gender but did release very cute footage of the newborn.