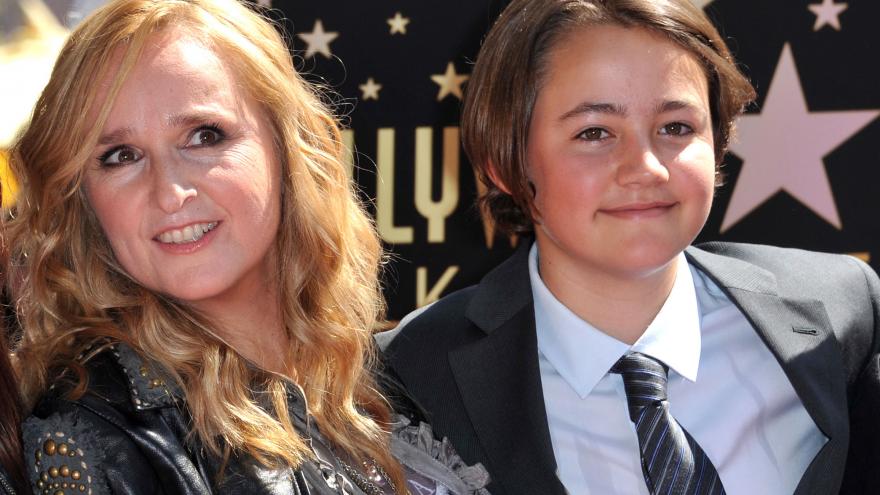 (CNN) -- Beckett Cypher, the son of Melissa Etheridge and her former partner Julie Cypher, has died, a representative for the singer told CNN. He was 21.

The singer mourned her son in a social media post on Wednesday.

"Today I joined the hundreds of thousands of families who have lost loved ones to opioid addiction," Etheridge wrote on Twitter. "My son Beckett, who was just 21, struggled to overcome his addiction and finally succumbed to it today. He will be missed by those who loved him, his family and friends."

She added: "My heart is broken."

Etheridge and Cypher, who have been separated for many years, also share a daughter, Bailey. Both children were conceived using artificial insemination and a sperm donation from musician David Crosby.

An earlier post to her social media accounts announced the postponement of the singer's popular and well-received Concerts from Home series.

Etheridge has been performing daily musical performances from her home since stay-at-home orders began being put in place across the country in mid-March amid the coronavirus pandemic. Her website lists 57 days worth of concerts, which have been broadcast nightly on Facebook Live.

In her post, Etheridge assured, however, "I will sing again, soon. It has always healed me."

Etheridge also has twins with ex-partner Tammy Lynn Michaels, who gave birth in 2006.

"I am grateful for those who have reached out with condolences and I feel their love and sincere grief," Etheridge added in her post. "We struggle with what else we could have done to save him and in the end we know he is out of the pain now."