Mercury will make a rare pass across the sun 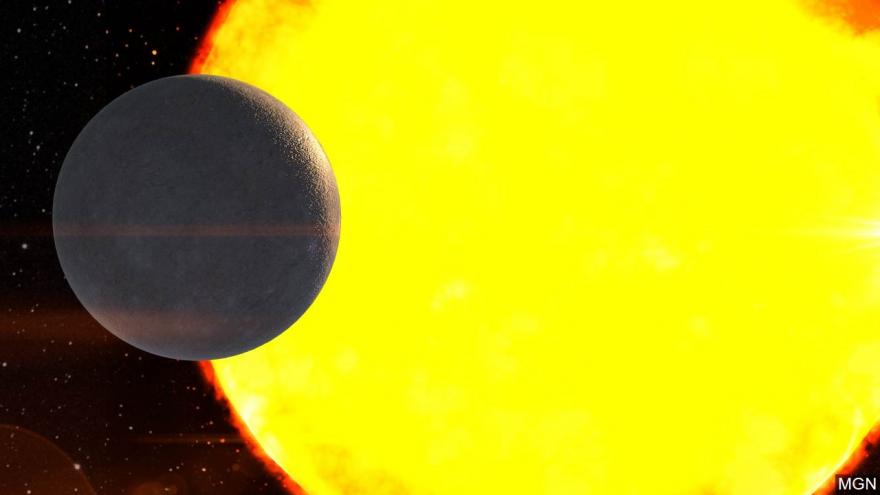 (CNN) -- Forget blue moons. Even more rare is when the planet Mercury passes right across the middle of the sun, and it's happening Monday.

A Mercury transit, as it's called, occurs only 13 times in 100 years, according to NASA, and it won't be seen from North America again for another 30 years, or from anywhere until 2032.

Starting at 7:35 a.m. ET, it will take more than five hours for Mercury to pass from one side of the sun to the other. That means watchers on the East Coast will be able to see the whole thing, but viewers almost anywhere in North America won't miss out, since Mercury will still be making its journey when the sun is up on the West Coast.

In fact, the only places it can't be seen from are Australia and most of Asia and Alaska, according to NASA's Jet Propulsion Laboratory.

But, just like during an eclipse, viewers will need a solar filter since looking directly at the sun can cause permanent eye damage.

Mercury, the smallest planet in our solar system, will be just a tiny dot on the sun, so NASA recommends using a telescope with a certified solar filter.

Don't have any of those things? Try looking for a viewing party at a museum or planetarium near you.

According to NASA, the Solar Dynamics Observatory's website' will be showing "near real-time" images of the transit, so you don't have to miss this rare event, no matter where you are.