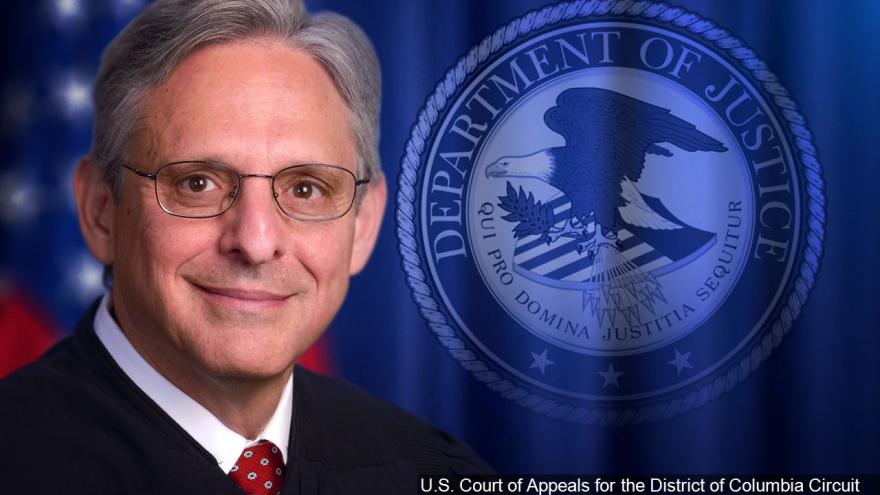 (CNN) -- Attorney General Merrick Garland arrived at the Justice Department Thursday for his first day at work and spoke about the need to "adhere to norms" in an implicit rebuke of the Trump-era leadership.

"We are united by our commitment to protecting our country as our oath says, from all enemies, foreign and domestic. And by our commitment to enforcing our country's laws and to ensuring the civil rights and the civil liberties of our people," Garland said in a speech at the department on his first day as attorney general. "The only way we can succeed and retain the trust of the American people is to adhere to the norms that have become part of the DNA of every Justice Department employee since Edward Levi's stint as the first post-Watergate attorney general."

The new attorney general did not mention Trump by name.

In what appeared to be a homecoming ceremony, Garland was greeted in the Justice Department's courtyard by several masked department officials and an ongoing round of applause. Monty Wilkinson, the acting attorney general, got an elbow-bump greeting.

Among the crowd was acting Deputy Attorney General John Carlin, and Lee Loftus, assistant attorney general for administration, who will swear him in.

The Senate confirmed Garland as attorney general 70-30 on Wednesday.

The former chief judge of the US Court of Appeals for the DC Circuit pledged in his nomination hearing last month to "fend off any effort by anyone" to politically influence the Justice Department's investigations. He will also be tasked to decide whether the DOJ Department should take a look at former President Donald Trump's role in the January 6 deadly insurrection, and how to handle a federal investigation into Biden's son, Hunter Biden. Garland said last month that he had not spoken to the President about the case.