Meth lab forces WWII veteran out of his home 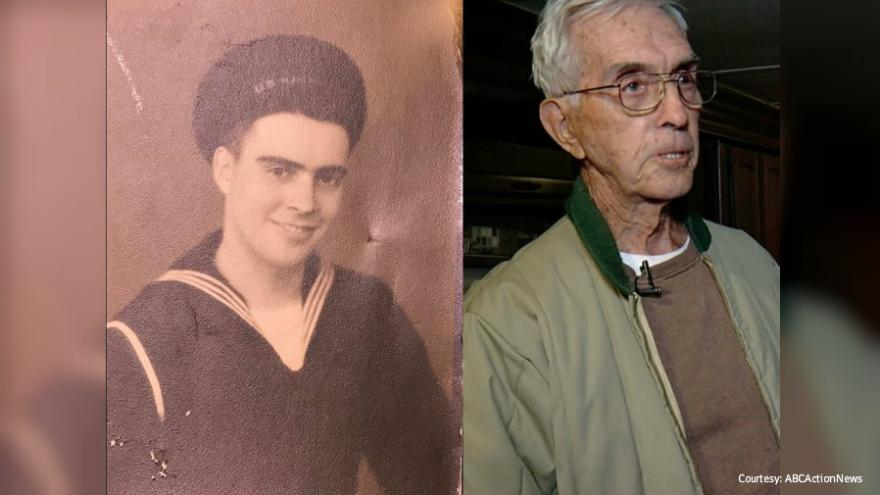 Sebring, Florida (WFTS) -- Glenn Rieben, 91, purchased his Sebring home in May. The welcomes he received from his neighbors were warm, but came with a warning.

“He just said ‘they cooked meth in there,’” Rieben said.

Rieben said he thought about the cough he developed after moving in and then called a company to test his home.

ABC Action News obtained copies of the report showing the wipe residue test for methamphemtamine in the home was 1,180 times the safe reporting limit.

“I sleep in the trailer just to keep out of here because the man that tested it, Dan, he said that he wouldn’t let his mother stay in this house. He said, if I were you I wouldn’t be in here anymore and certainly not anymore than you have to."

So, now the WWII veteran that served in the Navy is basically camping in his RV in his backyard to avoid the potential health risks of living in a home where meth was cooked or used in abundance.

“Last night got awful cold. I did come in here middle of the night,” Rieben said.

When Rieben does go inside his Sebring home on the 3500 block of Aston Martin Dr. he wears a mask and limits his time inside the home.

A meth cleanup company estimated it would cost more than $3,500 to deep clean the house.

Rieben said he purchased the home from the bank “as is” and there is nothing they can do to help.

The home was renovated and put on the market, the listing agent with Berkshire Hathaway Home Services has not responded back to ABC Action News request for comment.

There is no law requiring homes be tested for possible methamphetamines. That is up to the prospective buyer. Kits can be purchased online for less than a $100.

“It just seems to me they would’ve checked it,” Rieben said. “Seems to me they would’ve known about this meth before they started rebuilding the house. They put a new roof, new air conditioner, new floors. I was hoping they’d take the house back and if that’s not possible they should at least have it in shape to live in I mean I would think they would pay for the cleaning of it.”

According to the Highland County Sheriff’s Office, they never responded to any calls for service at the home for drugs. However, one of the previous renters was recently arrested for drug possession.

Meth residue can cause chronic sickness and in some cases kill family pets.