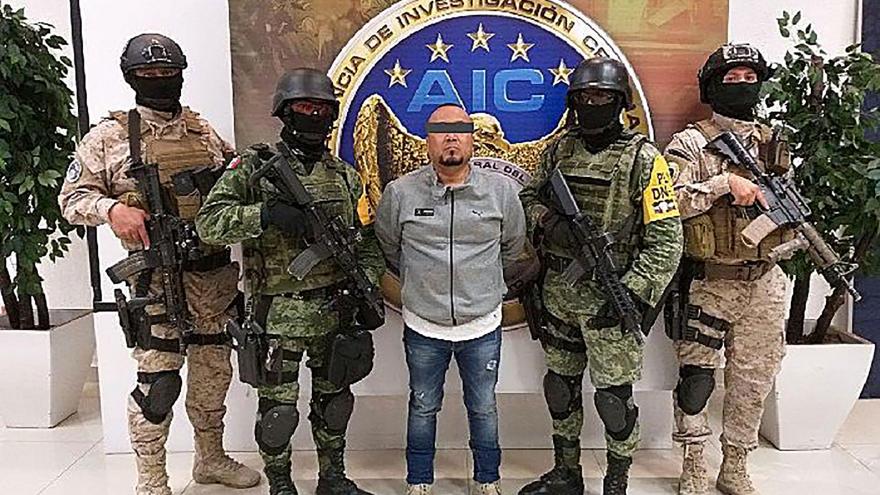 Federal and state authorities arrested Yépez Ortiz in the central state of Guanajuato, according to a joint statement released by the Guanajuato government and Mexico's Secretariat of Public Security.

At least five other people were detained in the joint operation, and a businesswoman who had been kidnapped was rescued, the statement said.

Mexico's Security Minister, Alfonso Durazo, confirmed Yépez Ortiz's detention via Twitter, adding that he was detained through an arrest warrant for "organized crime and fuel theft."

"The Ministry of National Defense, with the local government's support, achieved this very important detention," López Obrador said. "We need to continue attending to the causes that provoke violence. We say no to corruption and impunity."

López Obrador has come under fire for his noncombative approach to organized crime, after campaigning on a strategy he dubbed "abrazos, no balazos," or hugs, not bullets.

And in March López Obrador was widely criticized for shaking hands -- amid coronavirus restrictions -- with the mother of "El Chapo" during a visit to the state of Sinaloa.

Yépez Ortiz had been sought after for months, with Mexican authorities targeting his family and close circle amid escalating violence in Guanajuato, territory controlled by the cartel.

The Santa Rosa de Lima Cartel has made most of its income from extortion and fuel theft.

A turf war for control of the area between the group and the Jalisco New Generation Cartel has led to a wave of brutal and deadly attacks.

Guanajuato sees an average of about 10 homicides a day. In the first half of this year, the state recorded at least 1,691 homicides, according to government data, making it the deadliest state in Mexico.