Mexico goes to the polls this weekend. 132 politicians have been killed since campaigning began, per one count 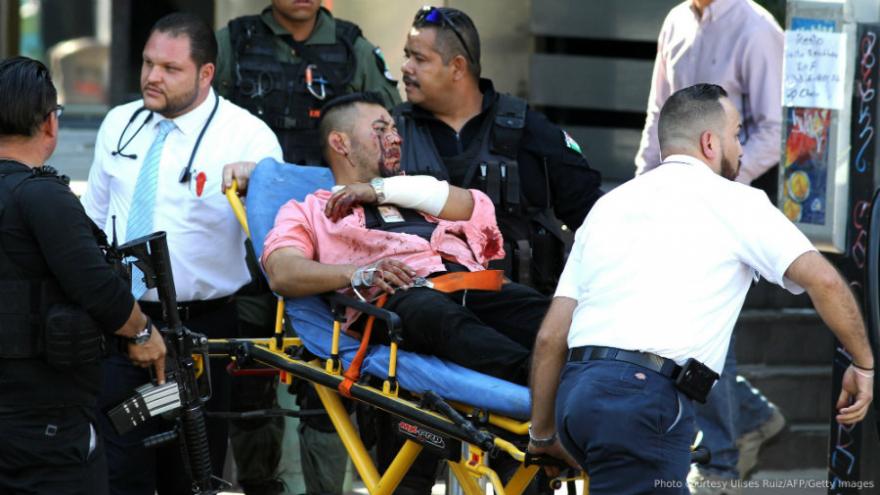 (CNN) -- Even for a country numbed by escalating violence, the toll the campaign season in Mexico has exacted is horrifying.

In the nine months leading up to this weekend's presidential election, 132 politicians have been killed. That's according to Etellekt, a risk analysis and crisis management firm.

The group's report, released Tuesday, found that 22 of Mexico's 31 states have seen a political assassination since campaigning began in September.

Etellekt's tally found 48 of the victims were candidates. The rest included party workers.

"These numbers anticipates a serious challenge of security for peace and democratic governance in these regions, and could debilitate the political party," the firm said.

One of the most shocking deaths occurred earlier this month when a congressional candidate was posing for a photo with someone. Fernando Puron had just left a debate in the northern state of Coahuila where he had vowed to tackle crime when a man walked up to him from behind and shot him the head.

Puron was a member of the Institutional Revolutionary Party, Mexico's main party. According to the Etellekt report, the party has lost 12 politicians to attacks -- the most deaths of all.

While the motives for these killings are unclear, drug cartels -- which operate in vast swaths of the country -- are believed to be behind many of them.

Many have criticized current President Enrique Peña Nieto, who took office December 1, 2012, for his inability to tame drug-related crimes during his time in office.

The killings highlighted in the analysis are part of a bigger pattern of attacks on politicians, Etellekt said. It counted 543 incidents, including kidnappings and extortion attempts.

But it's not just political violence that's spiking in Mexico. The country's homicide rate in 2017 was the highest on record, with more than 25,000 killings registered by the government.

And May 2018 was the deadliest month recorded in Mexico, since the government began releasing homicide data.

According to the government's most recent report, there has been a total of 20,506 homicides this year, with 4,381 homicides in May alone.

Election Day in Mexico is Sunday, when voters elect the country's new president and fill thousands of congressional, state and local seats. Peña Nieto cannot run for re-election because presidents are limited to one six-year term.

CORRECTION: This piece has been corrected to say that the 132 people killed in attacks ahead of Mexico's elections were not all candidates. Some were party workers. The story has been updated throughout to reflect that.