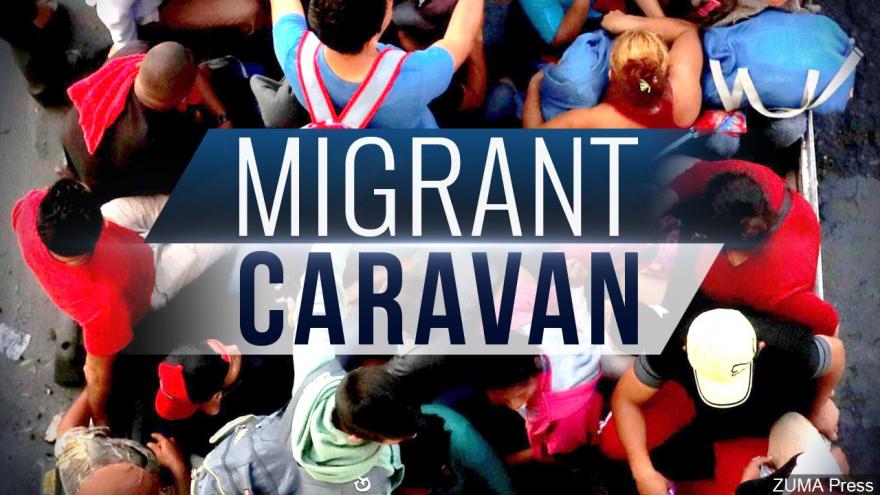 TECUN UMAN, Guatemala (AP) — The latest on a caravan of Central American migrants hoping to reach the United States.

Mexican authorities have allowed a second group of about 45 migrants to be processed at the border with Guatemala.

They have also started giving some people 45-day visitor's permits, which in theory could allow them time to reach the U.S. border. Other migrants have been applying for refugee status in Mexico.

Once they're processed, the migrants are being bused to an open-air, metal-roofed fairground in the city of Tapachula. There, the Red Cross is setting up small blue tents on the concrete floor.

At least three women have fainted at the processing center just beyond the gates. The bridge is crowded, and whenever a small side gate opens to receive migrants, there is a desperate crush of bodies that push forward in the heat.

People at the gate are clamoring: "Please let us in, we want to work."

Under the bridge a raft loaded with about 10 migrants crossed to the Mexican side. About a dozen other migrants swam across. None were apparently detained despite the presence of hundreds of police lining the bridge.